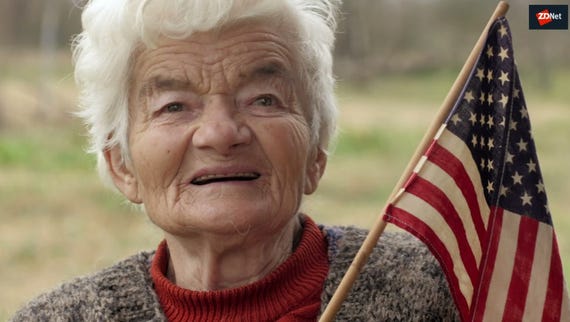 The FBI has obtained a legal exemption from federal privacy laws, allowing the agency to keep secret whose data it has stored in its vast biometrics database.

The FBI said it would retain the data to "aid in establishing patterns of activity" to help discover new criminals when they arise.

A final rule published in the federal register by the Justice Dept. says that the Next Generation Identification (NGI) system will not be subject to several key protections and provisions covered under the Privacy Act, which allow for judicial redress and opting out of the database altogether.

The database does add that the FBI "cannot claim exemption" to one provision, which requires the agency keep the data secure and that it "protect against any anticipated threats or hazards to their security or integrity."

The decision was "necessary to avoid interference" with the FBI's law enforcement and national security operations, according to the rule.

"It's unfortunate that the FBI has finalized these rules," said Neema Singh Guliani, legislative counsel at the ACLU.

"The FBI's massive biometric database includes the information of individuals who apply for citizenship or must get a background check as a condition of their job decision," she said. "The Bureau's decision to exempt this database from basic privacy protections invites abuse. As a result of this change, millions of individuals will no longer be able to get information about what data the government stores about them or to take action if they feel they are being unfairly targeted by the FBI for political purposes."

The biometrics, described as a "mega-database" by the ACLU, contains millions of fingerprints, photos for facial recognition, iris patterns, and a voice and gait recognition database from a variety of government and non-law enforcement sources -- including those who apply for jobs, security clearance, and immigration purposes.

The FBI has long fought to keep who's stored in its biometrics database a secret, arguing that not doing so "could compromise ongoing, authorized law enforcement and national security efforts and may permit the record subject with the opportunity to evade or impede the investigation."

It's not known how many people are in the database, but the Electronic Frontier Foundation (EFF) said in a filing that as of the end 2015, the database contained close to 71 million criminal records and 39 million civil records.

Several privacy groups, including the ACLU and the EFF have criticized the biometrics database, arguing that citizens have the right to see what information the FBI is storing on them.

A Freedom of Information request by the Electronic Privacy Information Center (EPIC) found that the database had a 20 percent search error rate on facial recognition matches, a rate that the FBI is "prepared to accept." Security researcher Bruce Schneier said (via an EFF report) that even a 90 percent accurate system will "sound a million false alarms for every real terrorist."

The rule will go into effect on August 31.

Join Discussion for: FBI can keep secret who's in its biometrics...