The official release of Fedora 17, code-named the "Beefy Miracle" was made available for download yesterday. The Release Notes give all the gory deatils, as usual. Despite the rather flippant name, this is as always one of the best leading-edge Linux distributions available.

The standard distribution is Gnome 3 (Fedora has pretty much become the poster-child for Gnome 3), but there are alternative "spins" for KDE, Xfce and LXDE. There are Live CD ISO images, which can be booted and run as-is or installed to hard disk, and DVD images which are install-only (not Live images) and which include considerably more software (Live images are 645MB, DVD images are 3.7GB). The Live ISO images can be burned to CD, or can be copied to a USB memory stick using the Fedora Live USB creator tool, or it can be copied directly using dd. 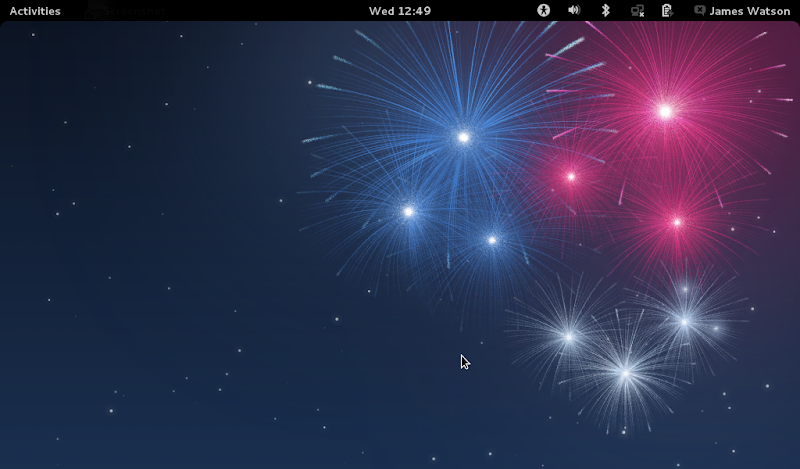 I always use the Gnome version of Fedora - it's just the way that I have always thought about it, the same as I have always thought of openSuSE as a KDE distribution. That is of course not true, as mentioned above both of them have various other options, but my old brain doesn't adjust very much any more. The download, copy to USB stick, boot and install took a total of about 30 minutes. I noticed a few small cosmetic changes to the installer, improving both appearance and operation. Fedora uses GRUB 2 (they were one of the first to switch), but unlike some other current GRUB 2 distributions, I had no trouble installing it to a Logical Partition inside of an Extended Partition, and multi-booting that from an openSuSE Legacy GRUB installation.

The standard distribution is based on the Gnome 3.4 desktop, as shown above and below. Although I am still not a huge fan of Gnome 3, they are clearly making steady progress in improving it, and I can use it without it driving me totally insane, which is more than I can say for Unity. Slamming the mouse into the top left corner of the screen still doesn't strike me as a particularly intuitive way to activate a launcher or menu system, but pressing the "Windows" key is a bit better. Either way, once it's up I find it to be an interesting contrast because here I find the interface and operation to be very clean and fairly obvious. 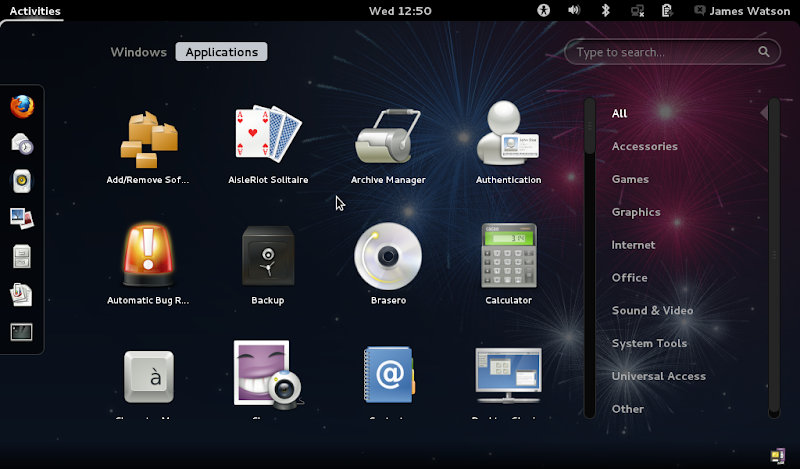 So, briefly, what is under the hood? Linux Kernel 3.3.4, Gnome 3.4, X.org X Server 1.12.0, Firefox 12.0, Rhythmbox 2.96, Shotwell 0.12.2, eVince (pdf viewer) 3.4.0, and lots more. Equally important, what is NOT included? OpenOffice/LibreOffice, Adobe Flash, proprietary video drivers (AMD/ATI Radeon or nVidia), and pretty much anything else that is non-FOSS. All of the above you can easily install yourself, either directly from the Fedora repositories using Install/Remove Software, or by adding one of the other popular public repositories.

So far I have installed it ONLY on my Samsung N150 Plus (the only thing I have with me today). Installation was fast, easy and I had no problems or unexpected stumbles. It recognized and configured all of the hardware, including the Broadcom 4313 WiFi adapter. The Fn-Keys work out of the box for volume up/down/mute, brightness up/down, touchpad on/off, WiFi on/off and Suspend/Resume - including automatically reconnecting the Wireless network after WiFi off/on and Suspend/Resume. Oh, and one other thing specific to this N150 Plus, it gets the power controls and screen dimming right, it does NOT have the old problem with screen brightness fluctuating and power management causing the system to hang or crash.

All in all my first impression of the Beefy Miracle is very positive. I am looking forward to installing it on the rest of my systems.

As pointed out by Thomas Gellhaus, the Fedora 17 KDE Spin is particularly nice. So I have downloaded and installed that on the Samsung NF310 netbook, and it went every bit as smoothly as the Gnome version did. Here is the standard KDE desktop: 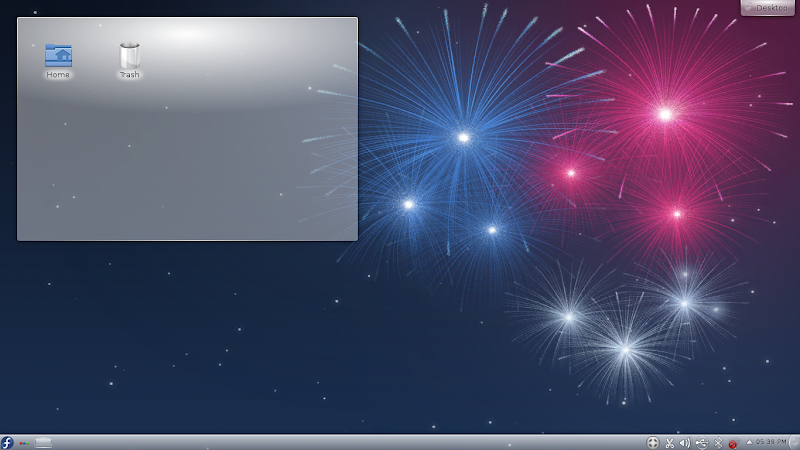 And of course I can't resist... here is the lovely KDE Netbook desktop: 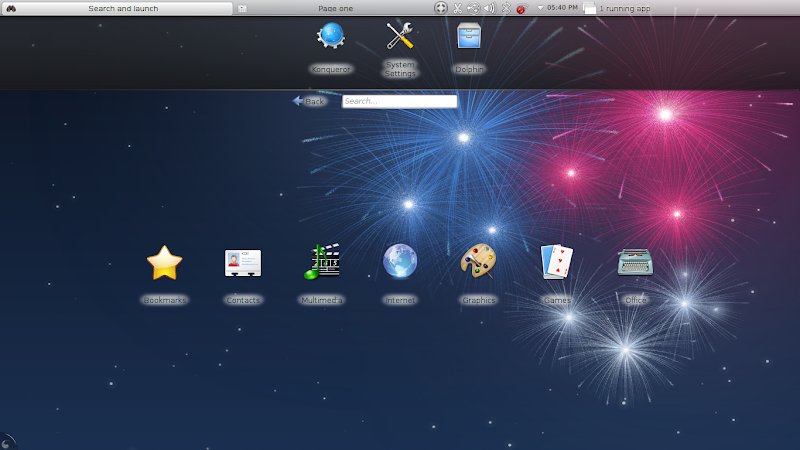 Update: At home this evening, I have installed Fedora 17 on my Acer Aspire One 522, once again with no problems at all, and everything works. AMD C-60 CPU, Radeon graphics (using the FOSS radeon driver), and Atheros 9285 WiFi adapter, all just fine.

Update (again): I have installed the Fedora 17 KDE Spin on my HP Pavilion dm1-3105ez. As with all of the other systems, there were no problems with installation, configuration or operation, including the Ralink WiFi adapter. In fact... ready for this?.... IT GETS THE NASTY SYNAPTIC ClickPad TRACKPAD right!!!!! Whoop-de-doooo! Left-click. Right-click. Drag-and-drop. Even two-finger scroll!!! This just instantly became my unconditional favorite distribution on the dm1!

Update (last one, I promise): I have installed the standard (Gnome) version on my desk laptop, a Fujitsu Lifebook S6510, and like the others it was no problem. This system has two monitors (notebook display and external VGA), and Fedora is STILL the only distribution that recognizes and configures them for use automatically, with optimal resolution in each display, and it does that even when booting from the Live ISO image!