Proposed amendments to the Counter-Terrorism and Security Bill currently making its way through Parliament could significantly extend the government's powers of data retention and surveillance.

The proposed amendments, introduced by four members of the House of Lords on Wednesday, would replicate many of the clauses of the Communications Data Bill, abandoned in 2012.

The proposed amendments would open the door to the introduction of new requirements for telcos and other comms service providers to filter communications data, in order to satisfy requests from the police and "other relevant public authorities".

The proposed amendments don't detail what filtering mechanisms might be put in place, but do say that the secretary of state should make sure they're regularly monitored.

"The secretary of state must put in place and maintain procedures (including the regular testing of relevant software and hardware) to ensure that the filtering arrangements are functioning properly," the bill says.

It adds that she must also "report, as soon as possible after the end of each calendar year, to the Interception of Communications Commissioner about the functioning of the filtering arrangements during that year". 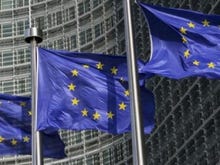 The introduction of similarly-vague filtering arrangements for ISPs and telcos were also part of the Communications Data Bill, also known as the 'Snoopers' Charter' and meant to allow better data matching in terrorism or serious crime investigations. However, the filtering provisions in the bill were criticised for their ability to threaten the privacy of average users by allowing authorities to build up a very detailed picture of their internet communications and behaviour.

The Open Rights Group has criticised the proposed amendments. "Laying eighteen pages of clauses before the Lords to insert the Snoopers' Charter into an already complicated bill is an abuse of procedure. The Lords cannot have time to properly consider the bill, and would deny the Commons the opportunity to consider the clauses as well," it said on Thursday.

The Counter-Terrorism and Security Bill is currently at committee stage in the House of Lords. A second committee reading to discuss proposed amendments will take place later this month.

Join Discussion for: Filtering by the back door: UK's privacy-threatening...