In a feat of networking, engineering, and medicine, a doctor performed a heart procedure while standing 20 miles from his patient.
Written by Greg Nichols, Contributing Writer on Sept. 5, 2019 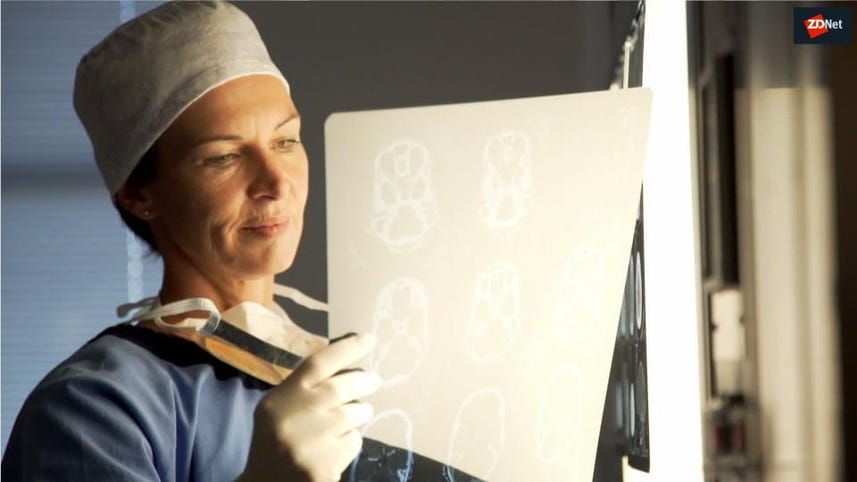 A doctor in India has performed a series of five percutaneous coronary intervention (PCI) procedures on patients who were 20 miles away from him. The feat was pulled off using a precision vascular robot developed by Corindus. The results of the surgeries, which were successful, have just been published in EClinicalMedicine, a spin-off of medical journal The Lancet.

The feat is an example of telemedicine, an emerging field that leverages advances in networking, robotics, mixed reality, and communications technologies to beam in medical experts to remote locations for everything from consultations to surgical procedures. Telemedicine, which could decentralize healthcare by distributing doctors into local communities virtually, could ease shortages of nurses and doctors and potentially cut healthcare costs. In France, people are already visiting Telehealth cabins for fast, convenient healthcare. During the recent Ebola crisis, the University of Virginia delivered care in parts of Africa via telemedicine.

Surgery is considered the final frontier of the still-young field. Robots are now commonly used in surgical procedures around the world, but always under the vigilant eye of a surgeon in the operating room. Theoretically, some surgical procedures currently performed with robots could be done remotely without significantly changing the procedure.

But distance introduces challenges, including connectivity and latency issues. A network crash mid-procedure could be catastrophic.

All of which makes the feat pulled off last year by Dr. Tejas Patel, Chairman and Chief Interventional Cardiologist of the Apex Heart Institute in Ahmedabad, Gujarat, India, the more impressive.

"I am honored to have been a part of this medical milestone," stated Dr. Patel. "The application of telerobotics for remote treatment has the potential to impact a significant number of lives by providing access to specialized care that may not otherwise be possible. I am pleased to share my experience with the clinical community in such a well-respected publication that is part of the Lancet family," added Dr. Patel.

During the remote procedures, Dr. Patel used Corindus' CorPath GRX robot and a hardwired internet connection, manipulating the robot with a set of joysticks and a video monitor. Corindus has performed several remote test cases in the U.S. since, but Dr. Patel's procedure marked a major milestone in medicine.

"Remote procedures have the potential to transform how we deliver care when treating the most time-sensitive illnesses such as heart attack and stroke," says Mark Toland, President and Chief Executive Officer of Corindus Vascular Robotics. "The success of this study paves the way for large-scale, long-distance telerobotic platforms across the globe, and its publication in Lancet's EClinicalMedicine demonstrates the transformative nature of telerobotics. While remote robotic procedures are still in the early stages of development, it is clear we are on track to expand patients' access to care, while reducing their time to treatment."

Interesting, the first transatlantic telesurgery was performed in September 2001, when Professor Jacques Marescaux and his team performed a minimally-invasive cholecystectomy on a 68-year-old female patient in Eastern France. That transatlantic feat was dubbed "Operation Lindbergh."