Skype on Windows Phone has been a long time coming. It was first mooted on stage at Microsoft's MIX conference back in March 2011, as an example of what would be possible with the Mango release of Windows Phone.
Written by First Take , Previews blog log-in on March 15, 2012

Skype on Windows Phone has been a long time coming. It was first mooted on stage at Microsoft's MIX conference back in March 2011, as an example of what would be possible with the Mango release of Windows Phone. Then everything went silent, as Microsoft's purchase of Skype went before regulators in three continents. CES came, along with a few hints from Microsoft and Skype that a Windows Phone version wasn't too far away. Finally at the end of February a beta arrived. 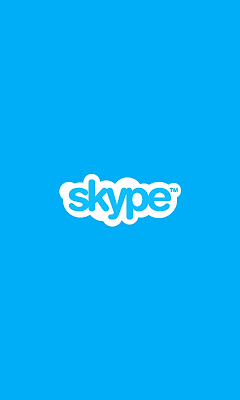 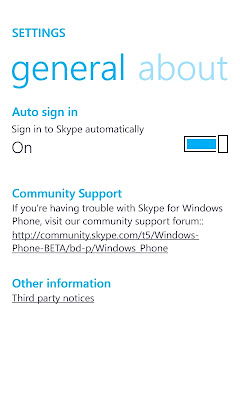 First things first: Skype on Windows Phone is very much a beta. In fact, it might be better to call it a proof of concept. First and foremost you can only use Skype when the application is in the foreground. That's because Microsoft’s platform, as it currently stands, just doesn't have the ability to support VoIP applications running in the background — and with no agent monitoring for incoming calls, there's no way Skype can offer a full telephony experience on Windows Phone 7 like it does on iOS (which has a background VoIP agent) and on Android (which lets applications run as background processes). There are plenty of other issues, listed on the Skype beta site.

That aside, Skype has done a good job bringing its user experience to Windows Phone 7, while still taking advantage of the Metro design rules. Screens are clear and typography-led. Log in, and you see your contacts, using the same quick scroll as the applications menu (and the same shortcut to jump to a specific letter). Slide sideways and you'll see recent contacts, so you can quickly make new calls or send instant messages. Chats like this are quick and easy, and you can also turn them into group chats. Sadly there's no Live Tile notifications, so you'll need to open Skype to see new messages and check for missed calls. 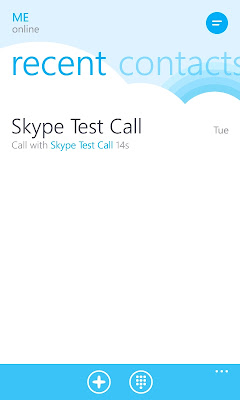 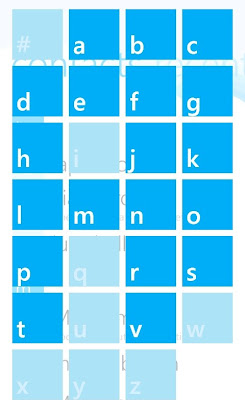 Skype for Windows Mobile uses the Skype network for calls to other Skype users, as well as for routing calls to network numbers. Like the desktop version, calls outside Skype cost money (unless they're to Freephone numbers — something that can save you money, as they're calls that are chargeable on most UK mobile networks). There is support for calling over 3G, but we'd recommend sticking to Wi-Fi for the best call quality. 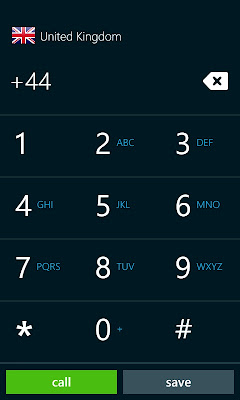 Video calling is one of Skype's signature features, and it's handled well on Windows Phones — with one major idiosyncrasy: rear camera images always fill the screen, even when you're previewing your own calls, while front camera images get a picture-in-picture view. With many Windows Phone devices only offering rear cameras, we're not sure why Skype made this decision. Picture quality is good, and it seems that Skype is using XNA to display graphical elements — for speed and the ability to create custom video-in-video overlays. You'll also need to hold your phone in landscape mode to use video calling, as it doesn't yet support screen rotation.

We're still a long way from a final version of Skype for Windows Phone (which is rumoured to be part of the upcoming Apollo release of the platform), and what we have now is more a flawed prototype than a beta. Even so, it's clear how Skype plans to carry on, using a mix of Silverlight and XNA to deliver an application that's fast and clean, building on Metro design principles. We look forward to future releases — Windows Phone needs more flagship apps like Skype.

How Android users can join their iPhone friends' FaceTime fun