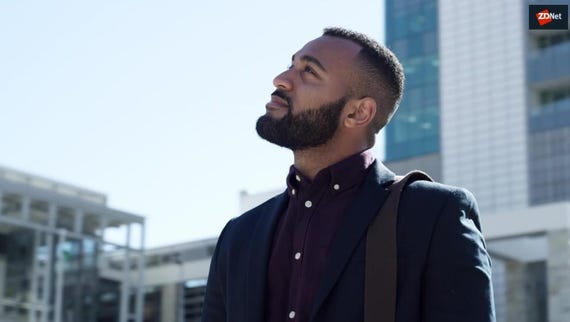 Business execs around the globe have been impressed with how CIOs – and the technologies they oversee – have responded to everything that's been thrown at them this year. And now bosses want even more: more than two-thirds (69%) of directors want their organisations to accelerate their digital business initiatives, which means a new set of demands being placed on tech managers.

Almost three-quarters (71%) of European CIOs say they now have more attention from the business due to their role in helping their companies cope with COVID-19, according to tech analyst Gartner's CIO Agenda survey.

Last year, a third (33%) of board directors said they did not have a strong relationship with their CIOs. Today, that proportion is just 16% – and the remaining 84% describe their relationship with CIOs as one of partners or trusted allies.

"One thing we've seen coming out of COVID-19 is that digital business is a priority for CIOs and for the board of directors," says Tomas Nielsen, research vice president at Gartner, who spoke with ZDNet at the analyst's virtual European IT Symposium.

"The theme for the next year is really going to be about digital business acceleration, because that's the demand from the rest of the organisation – how do we accelerate that digital journey?"

The answer to that question is that top-performing CIOs will use the new-found attention on IT to push even more tech-led change in 2021. This demand for all-things digital helps explain why Gartner expects tech budgets to rise next year.

European IT spending is forecast to total $1.075 trillion in 2021, an increase of 2.8% on 2020, compared with global average increases of 2%. Gartner says the best businesses are already accelerating digital innovation plans to emerge stronger from the other side of the coronavirus pandemic.

These companies are investing in technologies that help them get closer to their customers and which help build relationships and boost experiences. More than half (58%) of CIOs are investing in business intelligence. Cloud (53%) and automation (44%) are two other key areas for spending.

However, all this new interest in IT comes with a twist. Boards have been able to see at first-hand how technology like the cloud has kept the organisation running, supported growth in e-commerce and even allowed moves into new business areas.

The board now understands how an investment in digital technology produces great results. As they look to pursue what Gartner refers to as digital business acceleration, they'll want to see more big benefits moving forward – and that means more focus on value generation.

"IT's role is changing to become an essential part of the value proposition. That means CIOs need to change the IT operating model to become more value-driven; it's not enough just to respond to a request. They need to be proactive and engaging," says Nielsen.

Rather than being measured on IT metrics or even service level agreements, CIOs will be measured on business key performance indicators (KPIs), such as driving up revenue and profitability.

Gartner says this subtle shift has been happening for some time, but they say it has been accelerated with COVID-19. What's more, Nielsen sees no signs that this trend will slow down going forward. He already sees companies that have deployed "fusion teams", where business and IT people work together and are measured on shared business KPIs.

"When we talk about digital business acceleration, one of the messages that has come out very often in the conversations that I'm having with CIOs and CXOs, is that this is not as much about coming up with something brand new as it is about acceleration. All of the hard work that a lot of CIOs have put in over the past five years is now being accelerated," he says.

Tech chiefs that don't embrace this opportunity to build on the positive sentiment for IT risk being left behind. The analyst suggests four ways in which CIOs can make a difference to digital business acceleration and generate value across the next 12 months:

Embracing digital business acceleration won't be for everyone. Gartner research vice president Jan-Martin Lowendahl sees a number of CIOs who don't want to make the journey. Some CIOs will still want to be back-office technology specialists; others will be pioneering leaders who have a digital mindset and are closer to the board. "There's a choice to be made by CIOs," he says.

However, the wrong turn for CIOs now could lead to a career cul-de-sac. Now is not the time to decelerate. If 2020 has been the year that the board has finally recognised the value of digital transformation, then the next 12 months will be when top-performing CIOs use this new-found recognition to help their organisations extract big value from digital technology.

"The challenge for CIOs now is to build on that sentiment," concludes Nielsen. "For 2021, it's about accelerating that journey and capitalising on their gains."

Join Discussion for: For CIOs, the game is about to change - again