Jacobs may have his hands full with XCOM, but this does not mean his plans to take Qualcomm private are dead in the water.
Written by Charlie Osborne, Contributing Writer on June 8, 2018 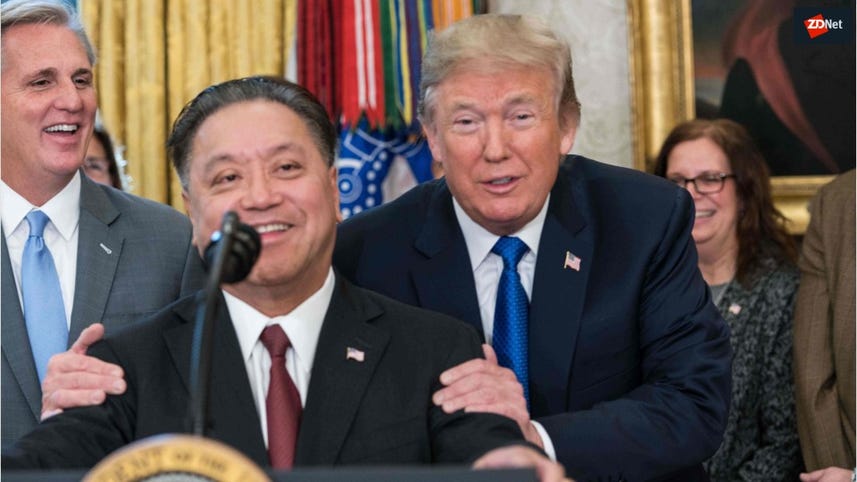 The former chief executive officer of Qualcomm Paul Jacobs has launched a new company dedicated to ironing out problems in next-generation wireless technologies.

The new startup is called XCOM. The company describes itself as an organization which is "inventing and investing in wireless technologies to propel the next mobile revolution."

Alongside Jacobs, co-founder Derek Aberle -- formerly president of Qualcomm -- is acting as president and COO of XCOM, and Matt Grob, Qualcomm's former chief technology officer, has been appointed as CTO at the new firm.

Aberle and Grob have previously spent 17 and over 25 years at Qualcomm, respectively.

In an interview, as reported by CNBC, Jacobs said the trio are currently toying with ideas such as providing software and designs for semiconductor vendors or potentially licensing proprietary 5G wireless technologies.

Job openings are expected to appear in the near future.

"There's still a fair amount of work that needs to be done to prove out the applicability of 5G through various Internet of Things (IoT) applications," Aberle added. "We feel we have some better ideas for how to do some of that stuff."

While no formal business model is yet in place for XCOM and there is likely a substantial amount of work required in pushing the startup off the ground, Jacobs has by no means abandoned his designs on Qualcomm -- the desire acquire the chip maker.

In March, reports first surfaced which suggested Jacobs wished to take Qualcomm private. The theoretical acquisition requires Jacobs to raise billions of dollars in funds to make a suitable offer, and this has reportedly resulted in meetings with global investors, such as SoftBank's Vision Fund.

Jacobs owns less than one percent of Qualcomm, and an acquisition offer would have to trump Broadcom's rejected proposal of roughly $146 billion.

Broadcom's aggressive acquisition scheme was destroyed when US President Trump stepped in to prevent the deal on the grounds of national security.

Aberle says there has been some interest from investors in funding a potential buyout, and both he and Jacobs have been "engaged in discussions with a number of potential funding sources."

Qualcomm has previously said that should Jacobs make an acquisition proposal, "the board will, of course, evaluate it consistent with its fiduciary duties to shareholders."

CNET: 5G super speeds are coming. Here's what they'll be like

Should the potential takeover happen and Qualcomm goes private, Aberle believes XCOM's to-be technologies could be included in Qualcomm chip lines, or potentially, XCOM could become part of the greater whole.

However, such a proposal may also need to wait until Qualcomm's acquisition of NXP has been approved by Chinese regulators. The buyout timeline has been continually extended due to the delay, but now that the US has reached a deal with ZTE, it is possible that a decision will be made soon.