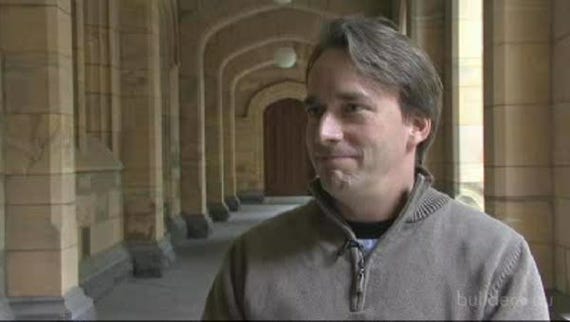 Torvalds: Contributors' boss is not my concern
Watch Now

The biggest problem facing people interested in free and open source software is the lack of alternative firmware for IoT devices, president of the Software Freedom Conservancy Bradley Kuhn told Linux.conf.au in Christchurch on Friday.

According to Kuhn, having the ability to tinker and replace the OS of devices is what made free software great in the first place, and the way to get people involved in a movement that could come to be dominated by large business-focused contributors.

"Our job is to challenge that as hobbyists, enthusiasts, and people that care about freedom."

Kuhn warned of a future where the only places users could install Linux without manufacturer involvement would be laptops, rack-mounted servers, and cloud hosts.

"I think we won the do-it-yourself battle on the laptop ... but in IoT devices we've lost this battle completely at the moment, and we have to regain ground."

As the president of the Software Freedom Conservancy -- a charity that helps defend free and open source projects and enforce copyleft licencing terms -- Kuhn was not surprisingly full of praise for the GNU Public Licence, which in its various versions has become the de facto standard.

"The fact of the matter is the GPL is one of the most forward-looking document ever written, at least in software," he said.

"While the world of 1992 did not contemplate IoT, did not contemplate embedded devices, it had the words in it we needed to solve this problem, it was already there in the GPL, from the very beginning: 'The scripts used to control compilation and installation of the executable'.

"The GPL doesn't just require the source code by itself, it requires the things around the source code to be disclosed to the person that received the device, so that they can effectively make use of their software freedom."

A new open-source license addendum, Commons Clause, has lawyers, developers, businesses, and open-source supporters fighting with each other.

Some see this as a giant leap forward for Microsoft and open source. A few, however, see Microsoft's open-source patent move as just more of the same old, same old.

Linux's founder appreciates what the GNU General Public License has given Linux, but he doesn't appreciate how some open-source lawyers are trying to enforce it in court.

Open source licensing: Is your vendor a troll? (TechRepublic)

Open source is about community, yet some want to use open source licensing as a club. Here's how to spot the trolls.

Join Discussion for: Free software made it on laptops but IoT...