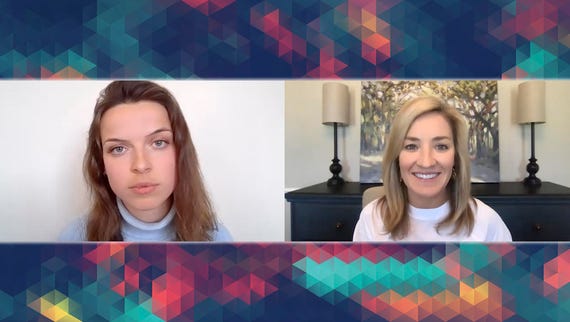 For data center operators, working from home is not an option
Watch Now

"I can say almost everything has gone smoothly," said the Speaker of the House of Commons Lindsay Hoyle, as he brought the UK Parliament's morning session to an end today.

It wasn't just any session: most of the Members of Parliament (MPs) who attended did so by logging into a Zoom meeting, breaking with the seven-century-old tradition that requires members to be physically present in the Palace of Westminster to participate in proceedings.

As he opened the meeting before no more than a handful of MPs – all wisely sitting, in line with social-distancing guidelines, at a two-metre distance – Hoyle himself couldn't have guessed how the first half-virtual sitting of the House of Commons would go. It doesn't take much, however, to imagine how much potential there is for things to go wrong in a live public broadcast of MPs quizzing the government over a video-conferencing app.

From Zoom-bombing to dodgy internet connections, there was no reason why MPs should dodge the hurdles that have recently tripped up most other organizations' virtual meetings. And yet, as Hoyle concluded with a smile, things did go rather smoothly.

The smart dress code was respected – at least from an upper-body perspective – and a plain, white background stood out as the location of choice. Most connections were stable, and although video freezes or lags occurred from time to time, proceedings went through pretty evenly. And no one accidentally unmuted themselves while frantically typing notes or trying to deal with a misbehaving child.

The public did get a snapshot of MP Barry Gardiner's bedroom while he questioned the government on its response to the COVID-19 crisis; as well as tasteful flower arrangements in Jeremy Hunt's bureau. The inevitable child's drawing or heart-themed frame made the occasional appearance as a reminder that MPs, too, live in family homes. But no one, luckily, went for one of Zoom's virtual backgrounds.

Of course, some small glitches occurred. MPs were not immune to the disembodied, robotic voice caused by a slow connection, nor to being disconnected altogether mid-sentence. MP Peter Bone was cut off at the height of a heated statement, as he was asking "what on Earth is going on" and "when are the banks going to act in the national interest" –  to which Secretary of State Dominic Raab gracefully answered that he thought he had "got the gist" of the question.

Overall, though, the UK Parliament's IT team deserves a virtual high-five. Staff have been working to make such "hybrid proceedings" possible – with some MPs still sitting in the House, and others joining via Zoom – ever since the Commons Commission put forward the idea earlier this month.

It proposed that MPs should be able to take part in Prime Minister's Questions, as well as urgent questions and statements, via a Zoom conference. The model allows a maximum of 50 MPs to be present in the Chamber under social-distancing rules, and up to 120 to participate remotely. Yesterday, as the Commons met for the first time after Easter recess, MPs approved the motion that allowed hybrid proceedings to take place today.

The IT team, for its part, spent the Easter recess setting up the technology for a virtual Parliament, and fitting the House with screens to allow the Speaker and other MPs present to see their remote colleagues. Staff had already been rehearsing the new systems, to make sure that proceedings would be able to take place digitally from day one.

Guidance has already been circulated to MPs to ensure that they behave responsibly with the new tools. The Commons Commission, in its proposal, stressed the importance of treating members equally whether they were on Zoom or physically present.

The Times also caught an official memo summarizing advice for MPs participating via Zoom, reminding them to "treat the entire session as public", and to avoid holding sensitive conversations while on the call, even when on mute. The advice also suggested that MPs set up the call as they would a passport photo, with plain background – although not white – and a "head and shoulders" shot.

Predictably, proceedings didn't feel exactly the same as they do when MPs are all tightly packed in the House. Common parliamentary terms such as "Mister Speaker", "My Right Honorable Friend" or "the Honorable Gentleman" don't have quite the same ring when they are spoken outside the Palace of Westminster. With most MPs muted by default, the House didn't echo the "hear hears" that typically hum along the entire length of the proceedings.

And when particularly controversial issues were raised, the awkward back-and-forth between House and Zoom inevitably lacked the dramatic tension of person-to-person confrontation. MP Barry Sheerman said that he was "particularly cross and particularly angry" at the fact that whistle-blowers had not been listened to in the context of COVID-19, before disappearing from the screen, only for a couple of MPs in the house to express their agreement.

This is nothing that parliamentarians hadn't anticipated. "There will be technical hitches, not everything will go smoothly, and these new 'hybrid proceedings' will of course lack the spontaneity of exchanges in the Chamber," wrote the chairwoman of the Commons Committee Karen Bradley.

The leader of the House of Commons Jacob Rees-Mogg echoed this position, admitting that the chamber "works best when members can meet in person".

SEE: Zoom vs Microsoft Teams? Now even Parliament is trying to decide

In an assessment of the proposal for hybrid proceedings, however, the Commons Committee insisted that such shortcomings are worth putting up with. The report highlights that the urgent nature of the situation requires new tools to be implemented as soon as possible, even if a full program of testing can't be carried out beforehand; as a result, the Committee recognizes a risk of technical hitches. But although a virtual Parliament is a "sub-optimal" solution that allows for less interaction, the report concluded that it is preferable to bringing proceedings to a complete halt.

"The Committee considers the risk of technical hitches in the course of virtual proceedings to be a risk worth taking," said the assessment. "In our view the benefits from the rapid expansion of hybrid proceedings far outweigh the reputational risk to the House from potential faults."

In any case, the Commons Committee has stressed the temporary nature of the solution. We can expect hybrid proceedings for the next six weeks, and a new time-limit will be imposed only if necessary. That's still plenty of time, therefore, to hope for an MP's young child to storm the room mid-debate.

Join Discussion for: Government by Zoom: Freezes, lags and weird...