Just as Apple celebrated the fifth anniversary of its App Store, the French competition authority launched an investigation into the app store market as a whole. 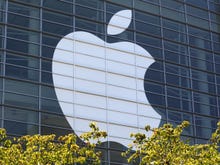 After Apple expelled French app AppGratis from its store, French minister Fleur Pellerin has expressed concern about the move - and its implications for net neutrality.

The investigation, confirmed last week, will probe what the president of the authority Bruno Lasserre described as a "very closed oligopoly".

Lasserre told the French business TV channel BFM on Wednesday that once a user begins using the App Store, they're tied into it: "he can't get away from it; he is locked down by his initial choice," Lasserre said.

Recently, while giving an overview of the work done by the authority last year, Lasserre said that the organisation wants "to check if the applications market is competitive enough, that applications vendors can get access to this ecosystem, and that the prices they pay are not discriminatory."

According to the Wall Street Journal, the initial investigation should be complete by the end of the year, and the watchdog will then decide whether to press ahead with antitrust proceedings.

The French competition authority is not the only one to wonder about app stores.

At the end of June, French newspaper Le Figaro reported that the French broadcast watchdog the CSA would like to take the regulation of Google and Apple's app stores.

According to Olivier Schramek, president of the CSA, "the manufacturer of connected devices or a mobile app store plays a critical part in the access to contents and services, to which regulation can not remain indifferent". Consequently, Schramek wants the CSA to extend its regulation beyond its traditional spheres of radio, satellite and broadband operators.

The statement comes right after a study commissioned by the French government to determine how to safeguard France's culture and arts industries in the digital age published its proposals.

The study notably suggests giving the CSA responsibility for enforcing antipiracy regulation and effectively turning it into a watchdog for all "cultural and audiovisual media, linear as well as non-linear" - a clear reference to online content. Moreover, the CSA would be also charged with "analysing value-sharing between producers/publishers and online services".