CyanogenMod has rolled out stable builds for about 50 handsets and is including the October security fixes that Google released this week for Nexus devices.

For Android users concerned about easily exploited bugs like Stagefright 1.0 and 2.0, it seems that the fastest way to get critical security updates is to replace the device's existing firmware with CyanogenMod.

So far, the only devices that have received Google's October Android security update, which carries fixes for dozens of critical vulnerabilities including Stagefright 2.0, are Nexus devices. The fixes are also included in Android Marshmallow 6.0, but again that's only available to Nexus devices for now. 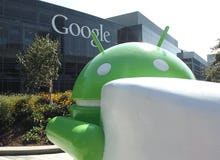 The other set of Android devices that have the security update are those running CyanogenMod's current 'nightly' CM 12.1 build, which was released almost as soon as Google made it available this week.

Nightly builds offer the latest CyanogenMod features but not every fan of the custom ROM is comfortable running their daily device on a development build. The more risk-averse prefer CyanogenMod's 'snapshot' builds, which are the most stable available.

The good news for CyanogenMod snapshot users - or indeed anyone with a supported device - is that Google's October security update arrived in that build on Wednesday and is currently available for about 50 handsets, including the OnePlus One, Samsung Galaxy S5, Sony Xperia XL, HTC One M7, Galaxy Note II, and of course Nexus devices.

The move from nightly to snapshot in this case was fast even by CyanogenMod standards, with the update generally taking two weeks.

While Samsung and LG are pushing to deliver users monthly updates alongside Google's efforts to improve Android security, CyanogenMod has been delivering monthly snapshot updates for about 50 supported devices for the past year.