In the past few years a growing number of Italian public bodies have chosen to ditch proprietary software for open source.

But most of these decisions have been taken at the local level, while in general the country's central government has seemed more reluctant to follow the open-source path. 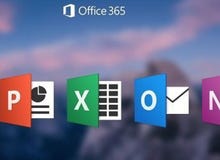 Now, thanks to the Italian military, this situation is changing, with the installation of LibreOffice on 5,000 defense-ministry computers.

In a shift that started at the beginning of the year, these 5,000 machines are the first of a total of 100,000 Italian army, navy, and air force devices that will eventually abandon Microsoft.

The move is set to become the country's largest migration to free software and the second largest in Europe when it comes to switching to the LibreOffice productivity suite.

According to the ministry, the four-year transition will allow it to save between €26m and €29m ($29m and $32m), which will be invested in upgrading and re­-engineering processes at the heart of the country's defense ERP software.

In a parallel move, Italy's army has also decided to adopt ODF as the default format for the exchange of documents between the organization's departments.

"The timeline is dictated by the deadlines of the current Microsoft Office licenses."

Right now, various versions of the Microsoft productivity suite are in use across military departments. Some of the software is rather old, which has an impact on the way staff perform daily tasks and on IT departments.

To make the transition to open source smoother, the LibreDifesa project organized more than 25 seminars for managers and executives from departments across the army, navy, and air force, between October and December last year, to inform them about the rationale behind the migration.

At the same time, the ministry conducted a survey to find out how employees actually use their productivity suite and which other software interacts with it.

It turned out that only 20 percent of staff use PowerPoint, only 15 percent of them use PowerPoint and Excel, with just two percent claiming to deal with Microsoft Access database software.

These results proved useful, according to the ministry, in assessing the potential strengths and weaknesses of the migration and for planning the upgrade of some programs.

"So far we didn't encounter any particular problems [with the migration]. That shows that switching to LibreOffice is less difficult than it's often believed, and people don't oppose change if it's managed correctly," Sileo says.

The defense ministry is also working to make sure other public administrations can benefit from its experience. For this reason, along with various documents related to the project, it will be releasing an online course under a Creative Commons license to help employees learn how to use their new productivity tools. 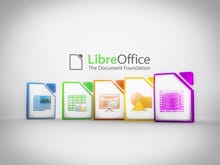 The course is being developed with the help of LibreItalia, a non-­profit group devoted to promoting LibreOffice. LibreItalia, which signed a memorandum of understanding with the defense ministry last September, offered its advice in the planning of the migration and in the startup phase of the project.

"We pointed them to some key points of previous successful Italian migrations, such as LibreUmbria. Finally, we helped them with training, which is a crucial ingredient in all such projects," she says.

Indeed, last fall LibreItalia trained 30 people from the defense ministry to become LibreOffice evangelists within the organization. It also mentored these trainers while they were instructing the IT contact staff to whom users are supposed to turn for help with the new software.

The ministry also used resources from the military's internal training center, and LibreItalia volunteers did not ask for pay or even reimbursement of travel expenses. "The training activity came at no cost for us", general Sileo says.

In fact, the military says the whole migration did not lead to any additional costs for the organization, except for €45,000 ($50,000) invested in upgrading the document-management software, so it could read the ODT format that became available with Microsoft Word 2010, among other word-processing apps.

Given the size of the LibreDifesa project, open-source advocates understandably look at it as a decision that could be a boost for the fortunes of non-proprietary software in the Italian public sector.

Italo Vignoli, co­-founder of The Document Foundation, the group that oversees the development of LibreOffice, says: "That an organization as big and complex as the Italian defense ministry decided to switch to LibreOffice is a testament to the maturity reached by the software, both in terms of the quality and security of the code, and the community behind it.

Read more from the 'Italy's got tech' blog

Join Discussion for: From Microsoft to LibreOffice: How Italy's...