Generation Y employees will circumvent corporate policies governing the use of personal devices at work, turning to prohibited services such as personal cloud storage for work purposes. 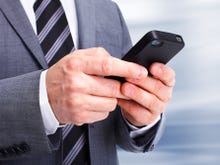 BYOD on rise in Asia, but challenges remain

More Asian organizations are embracing IT consumerization by allowing staff to use their personal devices for work, but those resisting the move cite security and costs as main hurdles.

Employees aged 21 to 32 years said they would break rules prohibiting the use of personal devices, personal cloud storage services, and other emerging technologies such as smart watches, connected cars, and Google Glass, according to survey findings released Tuesday by Fortinet.

Conducted in October, the study polled 3,200 respondents in the age group across 20 countries including China, France, Germany, Hong Kong, India, Japan, Taiwan, the U.K., the U.S. and Russia. Among the survey respondents, 908 were from six Asian economies. All were graduate level executives, and presumably future managers.

While 48 percent of Asian respondents said their company's BYOD (bring-your-own-device) strategy "empowers" them, 46 percent would circumvent any corporate policy banning the use of personal devices such as smartphones and tablets at work or for work purposes.  Last year's study showed a similar trend where 47 percent of Asians said they were willing to contravene corporate policies banning the use of personal devices for work.

In addition, some 43 percent of respondents in the region revealed they were using their personal cloud storage accounts such as DropBox for work purposes, noting that they would break any rules preventing them from doing so. When these rules were applied to new technologies such as smart watches and Google Glass, 55 percent would ignore the policies.

Some 90 percent had a personal account for at least one cloud storage service, and 32 percent of respondents had a DropBox account. Some 72 percent of those with personal storage accounts used these for work purposes, with 15 percent admitting they stored work passwords using these services, while 19 percent did likewise with financial data. Another 25 percent stored critical confidential documents such as contracts and business plans on their personal storage accounts, while 39 percent stored customer data.

Some 32 percent Asian cloud storage users said they had complete trust in storing their personal data in the cloud, while 6 percent refused to do so due to a lack of trust.

Some 56 percent of respondents said they had experienced security attacks on personally-owned PCs and laptops, and as a result, half of these suffered a loss in productivity as well as loss of either personal or corporate data or both.

Some 12 percent would not inform their company if the personal smartphones and tablets they used for work had been compromised, according to the survey.

Patrice Perche, Fortinet's senior vice president for international sales and support, said in the report: "This year's research reveals the issues faced by organizations when attempting to enforce policies around BYOD, cloud application usage, and soon the adoption of new connected technologies. The study highlights the greater challenge IT managers face when it comes to knowing where corporate data resides and how it is being accessed.

"There is now more than ever a requirement for security intelligence to be implemented at the network level in order to enable control of user activity based on devices, applications being used and locations," he said, noting that it was "worrying" that so many Gen Y employees were willing to circumvent BYOD policies, especially amid the high instances of cybercrime.

However, Perche said it was also heartening to see 88 percent of Asian respondents recognized they were personally responsible for ensuring the security of their personal devices.