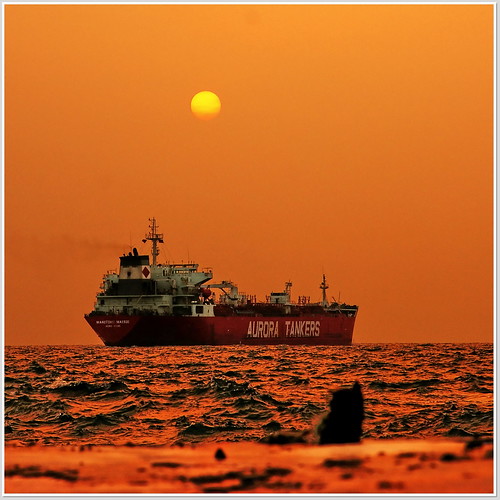 Scientists have been exploring how to best produce hydrogen from water for use as a fuel, without using electricity to do so. At Purdue University, they are looking to the sea. The chemical engineers have discovered a way to take the hydrogen from seawater using bulk aluminum and a metal alloy.

Their work stems from previous research enlisting aluminum-based alloys to generate hydrogen from freshwater. Freshwater, however, is in short supply (not that we should go haywire with seawater). But the researchers are thinking big. In addition to storing energy from wind and solar farms, they hope their process might eventually power seafaring ships, even tankers, cruise ships, and the sort.

Purdue's Jerry Woodall in a statement:

The method makes it unnecessary to store or transport hydrogen, two major challenges in using hydrogen for ships and vehicles. We generate the hydrogen on demand, as you need it. It also eliminates the need to store freshwater when used for marine applications.

Should the method prove seaworthy at that scale, the end products of hydrogen fuel combustion are water vapor and heat. The shipping industry emitted 847 million tons of carbon dioxide in 2007. The amount was almost 3 percent of human-made CO2 emissions that year, according to the International Maritime Organization.

Their hydrogen-releasing formula, which is patent-pending, is 90 percent bulk aluminum and 10 percent liquid metal alloy, consisting of gallium, indium and tin. The gallium dissolves the aluminum, allowing it to react with the oxygen in the seawater. The hydrogen atoms break free from the water molecule. The end product is aluminum hydroxide, which can be recycled back into aluminum.

Despite their seawater hydrogen recipe calling for indium, which has supply issues, the researchers contend it could be cost-competitive.