General Electric, the venerable multinational that was founded in 1878 in New Jersey, have at their core a hugely sophisticated enterprise collaboration system that is arguably the largest in the world.I was able to see Dr Sukh Grewal, Manager of GE's 'SupportCentral' collaboration and workflow environment, present a succinct overview of this ecosystem at San Francisco's Social Networking Conference on July 10.
Written by Oliver Marks on July 17, 2008 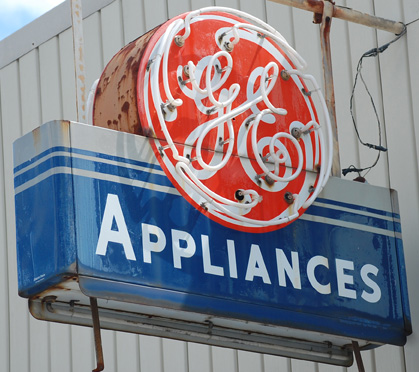 General Electric, the venerable multinational that was founded in 1878 in New Jersey, have at their core a hugely sophisticated enterprise collaboration system that is arguably the largest in the world.

I was able to see Dr Sukh Grewal, Manager of GE's 'SupportCentral' collaboration and workflow environment, present a succinct overview of this ecosystem at San Francisco's Social Networking Conference on July 10. I subsequently spent an hour discussing the details of the system with him.

A major corporate culture change sponsored by Gary M. Reiner, GE Senior Vice President and Chief Information Officer, defined more collaboration and transparency as goals for the 21st century in the late '90's. Development of 'SupportCentral' subsequently started internally at the turn of the century in January 2000, and today the system is at the center of GE's worldwide operations. A development team of about one hundred is located in New Haven, Mumbai and Mexico.

The numbers are huge: 400,000 global users in 6,000+ locations around world, all working within a 100% web interface available in 20 languages (your user interface language is defined by your sign in permissions). The system gets over 25 million web hits a day, greater than employee usage of Google and Yahoo combined. Users have created over 50,000 communities with over 100,000 experts signed up to answer questions and manage information; experts are GE workers with full-time jobs who use the system because it helps them do their job better.

Thousands of business processes have already been digitized in an internal world where knowledge and work processes are critical. Everything is behind the firewall except for 'pinholes' to external destinations which allow external vendors, suppliers and customers to collaborate on specific projects . There are 30,000 external users who come in through the firewall pinholes to participate in specific communities.

The system is so large that GE have their own internal cloud, with hosting costs lower than Amazon's S3. There is also available for all users, including those with no IT background, a mature and sophisticated mashup system to develop simple to complex business applications with just point and click.

The system is entirely created by GE engineers . Using Agile development methods, the software is updated every two weeks. Despite this hectic pace, last year the system had an enviable uptime of 99.9% including scheduled maintenance.

There is a clear understanding that process is separate from the data layer when defining process models for subsequent architecting: in essence GE is engineering highly optimized processes that map to specific team business needs. Because of the self-service interface, processes can easily be refined and improved, or even removed, as needed. Although these touch databases from large enterprise vendors downstream - currently SupportCentral interacts with over 2,000 external systems - there are no generic vendor frameworks and interfaces imposed over SupportCentral.

As an early professional networking platform, SupportCentral has provided sophisticated means for GE workers to connect to one another through their personal profile page, as well as communicate expertise. Everyone has access to a shared web storage system that they use to access their files and documents from any browser anywhere on the internet. With the personal and shared web file and document system in place, they are beginning concerted efforts to shift to using online documents, with no recent desktop office suite software purchases for individual employees.

The cost savings are so many millions a year that GE, despite being a famously metrics driven company, doesn't require an ROI justification model for SupportCentral budgeting. As CIO Gary Reiner said in a recent Fortune interview, SupportCentral "is becoming...the heartbeat of the company."