The program, which has attracted 17,000 people so far, is designed to encourage more developers to build on the Github platform.
Written by Stephanie Condon, Senior Staff Writer on April 17, 2017

Github on Monday is launching a more robust version of its Developer Program, adding a new range of benefits and making the whole program free for effectively any developer.

Launched in 2014, the Developer Program was previously only open to developers with a paid account. Through purely organic growth, it's built a community of around 17,000 developers.

Joe Wadcan, GitHub's head of business development, said the company is "doubling down" on the program. He called it "a first step in a longer path we're taking to focus on developers who are building on the Github API, extending the tools they'd want to use and having GitHub be at the core of that."

Github as a whole supports more than 20 million developers and hosts more than 50 million projects. While it's popular, it has had trouble in the past supporting developers.

"Our primary audience is developers -- we know that, and want to take care of them," Wadcan said.

The new version of the program is divided into three membership levels, built for developers with projects at different levels of maturity. Level 1 provides tools to learn more about GitHub's API and access to GitHub's integrator community, such as dedicated Developer Program content and events aimed at "folks who might be building their first integration," Wadcan said.

Level 2 includes Level 1 benefits, as well as GitHub.com credits and network discounts. It's designed for developers with applications that have at least 500 users and may need more specialized assistance in areas like marketing or sales.

Level 3 includes Levels 1 and 2 benefits, as well as Developer Program member spotlights -- such as retweets or preferred placement on GitHub's digital platforms. It also includes strategic consulting services to help developers scale successfully. Level 3 targets developers with applications that have around 1,000 users connected to a Github account. Github will be proactively reaching out to developers who may already qualify to join the higher levels of the program.

The program, Wadcan stressed, is to provide help to developers "if they want to transition from a hobby product to a business," which he identified as an unmet need for the developer community as a whole.

Github is also announcing its first integration partners to come out of the Developer Program. These partners receive additional benefits like dedicated co-marketing with GitHub in the enterprise and coordinated sales training with GitHub sales teams. Its first integration partners include Circle CI, SRC:CLR, GitPrime, Travis CI, Buildkite, ZenHub and Waffle.

"Developer tools as an industry really has a way to go in terms of options," Wadcan said. "If what we're doing here sets the groundwork for making developers' lives easier, I think we're on a good path."

One developer's go-to communication tools: The iPhone and hugs: 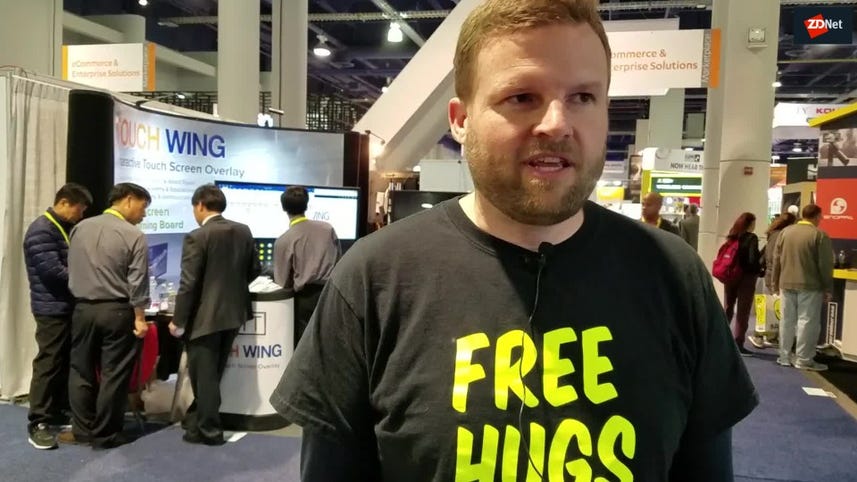