The research firm suggested a fall of as much as 2 percent to 7.7 percent year-over-year, based on the firm's previous figures. For the first quarter, PC sales worldwide could fall by "double-digits" and face another decline in the second quarter, albeit less so. 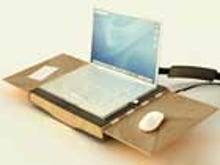 IDC: PC market expected to continue decline for second year in a row Tablets are still held accountable for luring consumers away from traditional desktop and laptop PCs, according to the IDC.

While March figures will recover somewhat, it will not be enough to offset the losses in February.

China accounted for more than 21 percent of global shipments in 2012, but suffered due to the timing of Chinese New Year and other factors, not limited to anti-corruption measures introduced by the Chinese government and other budget cuts, the firm said.

The slower than expected growth in China, which holds the top PC market spot globally, will impact the wider worldwide PC market for the first quarter, which has seen a significant uphill struggle in the past year in the run-up to the launch of Windows 8, nearly six months ago.

However, IDC believes that any recovery in the second half of the year — towards the typically busy and lucrative December holiday quarter — would take an aggressive push by PC makers with new designs and competitive pricing.

Earlier this month, the research firm said the PC market is expected to decline for the second year in a row, dropping by 1.3 percent overall in 2013 .

Join Discussion for: Global PC shipments in steep decline due...