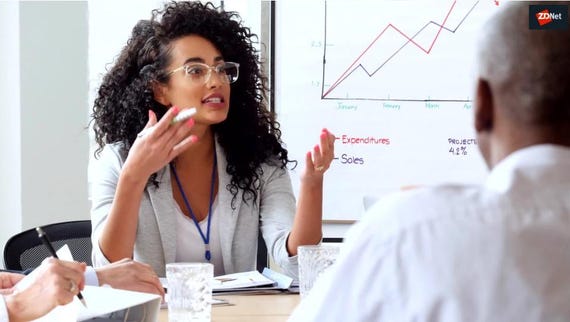 Golf might be perceived as a gentle pastime by many, but the sport is going through its own quiet digital transformation.

Michael Cole, CTO for the European Tour, which stages and supports 49 professional golf tournaments across 29 countries, has a vision of the intelligent golf course of the future, combining connectivity, big data and cloud computing alongside trials of new technology.

"There is a perception that golf is a bit of a laggard and we're behind the industry when it comes to using technology," says Cole. "I'd like to think that we're changing that view and we're changing it rapidly. We're now getting approached by other rights holders in sports that want to learn from us. Now, that wouldn't have happened two or three years ago."

Cole joined the organisation in November 2017, recognising it had "under-invested in technology in certain areas". His first priority was behind the scenes, where he updated back-end systems, including HR and finance. With that work complete, his priority now is on the course, where Cole plans to use technology to transform how tournaments are run.

His organisation can only achieve world-class performance at every tournament in every country if it starts to deliver golf in a smarter way. His aim is to use digital systems and services to help create what he sees as the ultimate tournament and to deliver that through technologies such as cloud computing.

"Everything we do involves a temporary build – we run a tournament for a number of days, we decommission, and we move on to the next," says Cole. "So we have the perfect opportunity to run innovation, because of the nature of what we do – that temporary fulfilment provides the platform for testing."

Speaking with ZDNet at the BMW PGA Championship at Wentworth, Cole explains how the first elements of this vision are beginning to be made real. He gives the example of a trial concept called pace of play that is being run at the tournament. The trial attempts to deal with the problem of slow play in golf, which is a key concern for some professional players.

"We know the pace of play is a big issue in golf but, as the European tour, we want to tackle this issue head on. So we have created a bespoke solution, whereby we're taking a very traditional way of running a schedule and actually digitalising that and making it far more effective for referees and players," says Cole.

Every group of players at the BMW PGA Championship is being tracked. GPS systems have been placed in players' golf bags and timings of groups are displayed around the course. These players then receive a red, amber or green alert, which depends on where they are against the expected schedule.

Pace of play isn't the only proof of concept being run at Wentworth. Cole says his team is running trials in two other key areas: digital scoreboards and cloud analytics.

"Now, most people out there aren't even aware that these trials are taking place – and that's on purpose. Because until we have the confidence that they are robust, industrialised, and we can repeat those services across all of our schedule, then we're not going to take it further," says Cole.

The European Tour is working on further developments toward its intelligent course. From quarter one next year, the organisation will start real-time scoring, with data collection on every player. Cole's team will collect about 15 data points for each player at every stroke.

Read more on tech in sport

The European Tour's data-collection process, like in the case of the pace of play concept at Wentworth, relies on sensors. Cole says his team places these sensors wherever they're permitted. Right now, the organisation has sensors on bags, walking scorers and the referees. In the future, Cole says there may be sensors on balls and in clubs.

"When everything is connected, then anything is possible. So we're working really hard to get the right level of connectivity across the course – and that becomes our platform. If you can build a platform, then it opens up those opportunities," he says.

Cole continues to search for new sources of creativity. He hopes a new technology innovation contest – established between the European Tour and Tata Communications – will help his organisation identify more opportunities for digital transformation in the sport.

"We've got a shedload of data, but who's got the ideas from the IT industry to help us repurpose that data? Is it about machine learning or is it about data manipulation in a way that we haven't even thought of yet? Those are the ideas that we're trying to stimulate – and we will work with people in the IT industry to turn those ideas into reality," says Cole.

The innovation contest will focus on supporting startups as they search for innovations around connectivity and data. The aim of the contest is to improve fan experiences in golf and to help solve some of the operational problems that they experience during large tournaments. The winning idea will be rolled out at the European Tour's major competitions.

Harvard Business Review reports that attempts to inspire innovation – be that through labs, accelerators, hubs and hackathons – are increasingly common. Yet these attempts often fall short on their promise; between 80% and 90% of innovation labs fail, according to a report by consultant Capgemini.

Cole recognises innovation is far from straightforward. Yet he hopes his firm's contest will help to inspire fresh ideas. He suggests that working with a trusted technology partner that has been through this kind of initiative before should mean the European Tour can benefit from some smart thinking from startups in the near future.

"Tata Communications has run similar programmes, so they are guiding us through this process. And via those experience and the learnings, and the platform we have already, I generally believe that we can create a uniqueness that doesn't exist elsewhere," says Cole.

Join Discussion for: Golf tees-up a tech revolution on the fairway