Google Australia has confirmed that the Australian Taxation Office (ATO) is chasing it for a debt relating to unpaid tax, noting it will "lodge an objection" against the amended income tax assessments it was issued at year-end.

"Such contingencies relate to reviews for open tax years as well as certain transactions and computations for which the ultimate tax determination is uncertain during the ordinary course of business," the company wrote in a filing to the Australian Securities and Investments Commission (ASIC).

"The company will continue to uphold its positions against any and all such claims.

"The company will lodge an objection and make a payment to the Commissioner of Taxation to stay recovery action, consistent with the Australian Taxation Office's practice."

Google admitted back in 2015 it was being audited by the ATO for tax avoidance.

At the time, former Google Australia managing director and now ANZ group executive of Digital Banking Maile Carnegie said the majority of the company's taxes were paid in the US, because that is where the global headquarters is based; where the company generates the most investment in research and development; and where it undertakes the most risk.

"That explanation is also why Google pays most of its taxes in our US headquarters, because the US headquarters is where the majority of our costs are borne."

Google was also previously called out by the federal government for employing the so-called Double Irish Dutch Sandwich method, which is the process of funnelling money through other countries from Australia in order to pay a lower tax rate.

During the 2016 calendar year, the local arm of the search engine giant paid just shy of AU$40.6 million in tax, with its financial statement indicating income tax payable during the year was AU$32.9 million -- more than double the AU$16 million tax it paid in 2015.

For the 12-months ending December 31, 2016, Google Australia made AU$105 million in after-tax profit, up from AU$47 million the previous year.

It was revealed in December that for the 2014-15 financial year, Google, in addition to Apple, Samsung, and Microsoft, upped the amount of tax they paid in Australia over the year prior.

The principal activities of Google Australia during the financial year were to sell advertising and information management technology services and related products, as well as to provide services, assistance, and advice in connection with marketing and sales support for web search engine services and advertising services, the ASIC filing indicated.

Effective from January 1, 2016, the company restructured its business such that it recognised revenue from the selling of certain services and products to Australian-based customers. Revenue from these operations came in at just over AU$1.14 billion for the year -- a year on year increase of AU$644 million.

Prior to 2016, Google Australia undertook marketing and sales support activities on behalf of a related entity and earned a service fee as a result. The local arm has therefore attributed its revenue increase to the restructure of the company from a service entity to a reseller and service entity.

The new legislation mirrors one implemented in the United Kingdom, nicknamed the Google Tax after the search engine giant was ordered to pay the UK government £130 million in back taxes.

During the fiscal year, Alphabet Inc, the parent company of Google Australia, reported $94.8 billion in revenue. 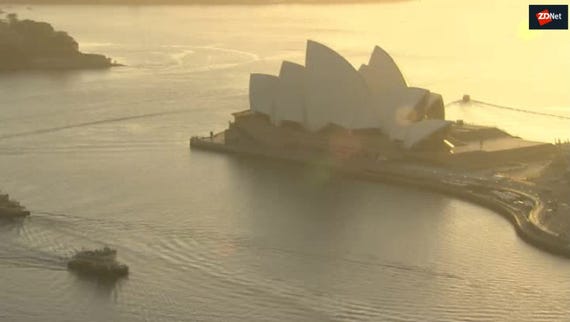 VIDEO: How much? Google Australia unhappy with amended tax bill