Google bought my friend's face for $5

As Google works on a version of Face ID for its next Pixel phone, its employees are stopping people in public places and enticing them with a $5 gift card.
Written by Chris Matyszczyk, Contributor on July 21, 2019 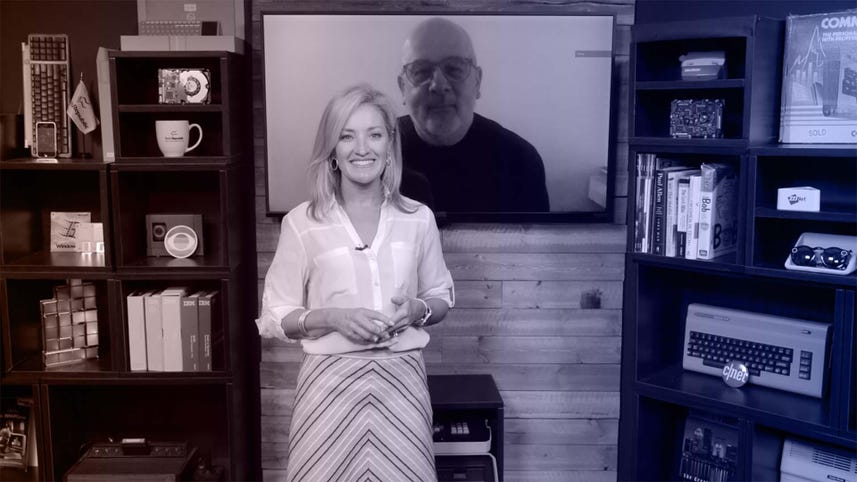 My engineer friend George is taking a break to work on himself.

Personally, I've always liked him the way he is, but he insists that he could and should be better.

Did I mention he's an engineer?

So he spends his time taking esoteric self-help classes and sitting around New York, watching his fellow humans help themselves to the joys of summer life.

Occasionally, people come up to him and chat. Last week, one of those people wanted to buy his face.

"I was sitting in the park on a sunny day, enjoying the weather and I see a few guys walking around approaching people with phones like they're taking a survey," he told me.

Well, the next best thing, it appears.

George explained: "Eventually one of them works his way over to me and says something to the effect of 'Hi, I work for Google and we're collecting data to improve the next generation of facial recognition phone unlocking.'"

Google collecting data? This is how they're doing it now? Perhaps it's an attempt at the personal touch, for a change.

George told me the Googlologists handed him a phone in a very large case. It was hard, he said, to see whether inside was a new Pixel prototype or something older.

"I basically had to use selfie mode and move my face around to get different angles of my face," he said.

"George," I worried. "They're taking your face and making it theirs. Did they at least pay you for it?"

"He offered me a $5 gift card to Amazon or Starbucks in exchange for 5 minutes of me interacting with the phone," he admitted.

"Yeah, well I wanted to see what they'd ask me to do."

Engineers, they just can't help themselves, can they? They have to see what happens.

George worried whether these Google types really knew what they were doing: "I asked if he was the only team collecting the data because they would need an insane amount of data to do what they wanted to. Insane in the sense that one team of people could do this for years and still not have enough. He mentioned that they have teams in many cities doing this."

And then it struck me. "George, did you sign your rights to your face away?"

He admitted he had. He admitted more than that: "Truthfully, I didn't read the full waiver thing."

"So Google bought your face for five bucks and you don't know what they're going to do with it?" I asked.

"I assume they'll use the data to train a neural network to be able to recognize what a face is," he replied. "Then you train your own phone on what your specific face looks like. And that's what gets used to unlock your phone, Face ID-style, but more accurately."

"George, I was thinking about the privacy thing. I don't know if you've heard, but it's quite big these days. Do you really know what they'll do with your face?"

George opted for magical realism. He said: "Google basically has my whole life on their servers already. And removing Google from my life just isn't going to happen from a practical point of view. I don't really care about data privacy because I think it's all an illusion anyway."

Naturally, I asked Google what it would be doing with George's face, but the company didn't immediately respond.

George isn't exactly wrong with how many humans have come to regard privacy. Perhaps deep inside they know that the engineers will always win.

After all, the engineers have exercised their principles of rampant data collection, and when those principles butted up against more basic human principles like privacy, they enticed the humans with some asinine inducement and took all their data.

We didn't feel a thing, did we?

Security
The 5 best tablets for kids in 2022