Full Bio
Posted in Between the Lines on November 4, 2015 | Topic: Mobility

After debuting earlier this year, Android for Work is going through another growth spurt. 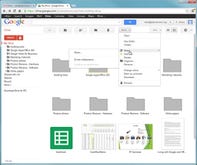 Google for Work to woo more businesses with freebie offer The deal especially puts Microsoft Office 365, ​arguably the biggest threat to Google Apps, in the crosshairs as the war between the two gets more heated.

The latest round of updates cater particularly to the recently released version 6.0 of Android, a.k.a. Marshmallow.

Predominantly a mobile operating system directed toward consumers, the enterprise version of Android for Work was designed to give end users more flexibility while giving IT extra control and peace of mind in regards to security.

Since launching in February, Google boasted Android for Work has already been tested and/or deployed by approximately 19,000 organizations.

Plenty of mobile brands -- and Android ecosystem players -- already have Bring Your Own Device (BYOD) platforms in place, such as Samsung Knox.

Google is continuing to build out its own BYOD experience by fine-tuning familiar features (i.e. status notifications and stored contacts) but also tapping into the device's NFC technology for provisioning new users.

Andrew Toy, product management director for Android for Work, noted in a blog post on Wednesday that Android for Work is also prepping new APIs for Marshmallow that will be dedicated to "single-use scenarios, such as defined tasks, kiosks and ATMs."

If multi-layered security and easier-to-use certificates aren't enough to entice IT managers, Google also announced a promo deal flaunting Nexus 5x smartphones to the first 3,000 companies that deploy an enterprise mobile management service, which must also include adding Android for Work to production networks.

Google has been busy tightening the bolts on its productivity apps catering to worker bees this week.

On Tuesday, the Internet giant started posting recommendations for third-party apps that integrate with the likes of Google Calendar, Drive and Gmail.

Google is also tightening up links within its own portfolio, highlighting apps also supported on Android and Google Play for Work.

Honing in on one app in particular, Google's stab at reinventing email Inbox is being updated with a new function dubbed "Smart Reply."

Scheduled to arrive later this week, Smart Reply was designed to suggest responses based on the emails received -- offering alternatives for shorter and longer emails as the case may be -- thanks to a mixture of machine learning, user suggestions and natural language recognition.

Join Discussion for: Google brings Android for Work up to par...