Google has bought mapping start-up Waze, saying that it plans to use the company's technology to add new traffic update features to Google Maps. 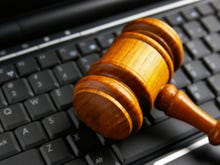 Brian McClendon, vice president of Google's Geo products, confirmed the acquisition in a post on the official Google blog.

Waze uses crowdsourced information to update traffic and navigation services in real-time through Android and iOS applications for around 45 million users. The free application is ad-supported, and used in 190 countries.

"To help you outsmart traffic, today we're excited to announce we've closed the acquisition of Waze. This fast-growing community of traffic-obsessed drivers is working together to find the best routes from home to work, every day," McClendon said in the post.

He said the Waze product development team would remain in Israel and operate separately for now.

"We're excited about the prospect of enhancing Google Maps with some of the traffic update features provided by Waze and enhancing Waze with Google's search capabilities," he said, adding that Google would work closely with the Waze community "who are the DNA of this app" to ensure they had what was needed to grow and prosper.

The post did not disclose the financial details although as recently as yesterday anonymous sources were predicting the deal would cost the search giant $1.3bn. Apple and Facebook were also interested in buying the five year-old startup, according to reports.