Google Compute Engine is being spruced up with a few sprinkles of releases this week. 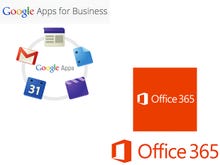 Office in the cloud: Google Apps vs. Office 365 Can you do all of your office productivity, email and collaboration in the cloud? We examined the latest small-business suites from Google and Microsoft to find out.

The internet giant tacked on a third zone to both us-central1 and asia-east1 regions.

Google product manager Scott Van Woudenberg remarked in a blog post on Tuesday that this will make it easier to use Compute Engine for running systems such as MongoDB that use a quorum-based architecture.

Google Compute Engine is powered from three regions: the United States, Europe, and Asia. Within that trio, there are now a total of eight zones, with the US and Asia each owning three. Each zone supports either Ivy Bridge or Sandy Bridge processors.

Each major cloud provider maps its regions a little differently.

Amazon Web Services, for example, maintains regions in the United States, Europe, Asia, Australia, and South America, with several different zones and "Edge Locations" under those umbrellas, not to mention isolated infrastructures like GovCloud for US government agencies and customers only.

Google is also pushing its new SSD-backed persistent disks for high-IOPS workloads — previously in limited preview since being unveiled earlier this summer — to general availability.

Finally, developers can now create a new private image from an existing persistent boot disk in case they would like to save that state to be reused.