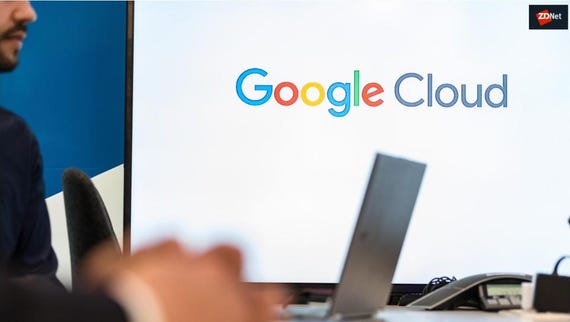 Google employees are calling on the company not to bid on a cloud contract with the US Customs and Border Protection (CBP) in protest against the agency's activities at the Mexican border, which have been described as human-rights abuses.

The petition demands that Google does not bid on a recently published CBP request for information (RFI) for a "cloud services provider".

However, Google employees also want the company to publicly commit to not providing its services to CBP or to related border control authorities US Immigration and Customs Enforcement (ICE) and the Office of Refugee Resettlement (ORR).

The petition was launched publicly in a post on Medium on Wednesday, at the same time as it was distributed internally. According to the post, so far 676 Google employees have added their support to the petition.

It's also been signed by 48 non-Google employees, including several engineers at Amazon and its cloud business, AWS, as well as dozens of academics.

The Google employees point to the agencies' controversial immigration enforcement actions under the Trump administration, which include locking up asylum seekers in cages, separating children from parents, and poor conditions at detention camps.

"These abuses are illegal under international human-rights law, and immoral by any standard," the group of Google employees write, pointing to posts by the UN and Amnesty International decrying the conditions immigrants endure at US detention centers.

"We demand that Google publicly commits not to support CBP, ICE, or ORR with any infrastructure, funding, or engineering resources, directly or indirectly, until they stop engaging in human-rights abuses."

It also lists Salesforce, whose employees protested against its work with CBP last year after the introduction of President Trump's zero-tolerance policy, which aimed to separate children from parents when they don't enter the US through a border control. At the time, 100 Microsoft employees called on it to end its work with ICE.

Google has faced numerous protests from workers in recent years over a broad range of issues beyond how its technology is used.

Employees were involved in an internal conflict over political views after Google fired engineer James Damore because of his memo about the gender gap in engineering.

There was also a global walk-out over Google's policy of mandatory arbitration for sexual misconduct cases in the wake of a report that Android co-creator Andy Rubin got a $90m exit package in 2014, despite leaving after being accused of sexual misconduct.

As for the CBP's new RFI, the agency is actually seeking a reseller to manage its existing cloud infrastructure providers.

"CBP requires an authorized public-sector reseller to provide access to current and future compute levels across (IaaS), platform as a service (PaaS), software as a service (SaaS) and any additional 'as a service' offerings.

"The objective is to acquire cloud-computing services directly from commercial cloud service providers with established records for innovation and operational excellence in cloud service delivery for a large customer base."