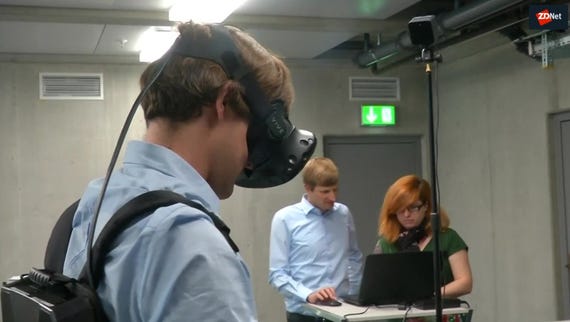 Google's in-house startup incubator, Area 120, has been experimenting with native advertising for mobile virtual reality, and on Wednesday, Google shared its first idea for a potential format.

The format presents a cube to users, who can engage with the cube by tapping on it or gazing at it for a few seconds. That prompts the cube to open up a video player with an ad, which the viewer can close when finished.

"Our work focuses on a few key principles," wrote Area 120's Aayush Upadhyay and Neel Rao in a blog post, "VR ad formats should be easy for developers to implement, native to VR, flexible enough to customize, and useful and non-intrusive for users."

After seeing "encouraging results" with a few test partners, Google said it's interested in working with the developer community on this idea as it evolves across Cardboard (on Android and iOS), Daydream and Samsung Gear VR. There's an early-stage SDK available, and VR developers can fill out this form to apply for Google's early access program.

While VR is in its early stages, the market for it is set to take off: IDC predicts VR and AR headset shipments will increase tenfold in the next four years. The growing platform, however, is of limited value to content creators until they can make money from it.

Other companies have already started tackling this challenge: Last year, the Korean startup Minkonet developed a platform called Swing Ads that will allow advertisers to place 3D ads inside games during live-streaming.

And at the Google I/O conference this year, Google announced its VR platform Daydream will soon support a new category of standalone VR headsets with partners HTC and Lenovo. Google also unveiled a software update to the Daydream VR platform, as well as a series of VR developer tools.

Just last week, Google launched the VR180 video format to standardize VR content creation for sharing on YouTube. The new format should make it easier to create VR content from a range of forthcoming VR cameras from YI, Lenovo, and LG.