Google will soon close a loophole that allowed Europeans to view results it had already agreed to delist under the EU's 'right to be forgotten' law.

A source close to Google told Reuters that the search giant will soon make it impossible to use Google.com, for example, to view results that have been delisted when conducting a search from the country where a request was filed.

As Reuters puts it, the change will mean that, "If a German resident asks Google to delist a link popping up under searches for his or her name, the link will not be visible on any version of Google's website, including Google.com, when the search engine is accessed from Germany."

ZDNet understands that Google has informed Europe's data-protection regulators of the upcoming changes. 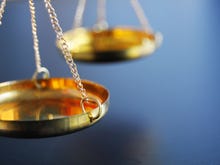 The company will restrict access to individual delisted search results based on geographic location, using signals such as an IP address. This measure is designed to ensure that it doesn't block access to information by users outside Europe.

The move by Google may help soothe objections from EU data-protection authorities over the way it has implemented delistings since the European Court of Justice ruled in May 2014 that Europeans can ask any search engine to remove outdated results returned from a search for the person's name.

Google does not believe the 2014 ruling should require it to delist results globally, but its implementation of the delistings, which are limited to its European domains, such as Google.fr and Google.de, have left regulators dissatisfied.

France's data-protection authority, the CNIL, in May told Google that once it accepts a delisting, it must remove results from all domains, including those outside Europe and Google.com.

Google's appeal was rejected by CNIL in September, which said its implementation could be easily circumvented. It also rejected Google's claim that it was applying French law extraterritorially.

"To find the delisted result, it would be sufficient to search on another extension (eg searching in France using Google.com), namely to use another form of access to the processing," CNIL said.

"This would equate stripping away the efficiency of this right, and applying variable rights to individuals depending on the internet user who queries the search engine and not on the data subject."

According to Google's transparency report, since the law came into effect it has removed 57.5 percent of the 1.36 million URLs it's evaluated from 385,973 individual requests.

The change by Google comes as Europe prepares to implement its new data-protection regime, which will also include a new right to be forgotten.

Read more about 'right to be forgotten'

Join Discussion for: Google extends block on 'right to be forgotten'...