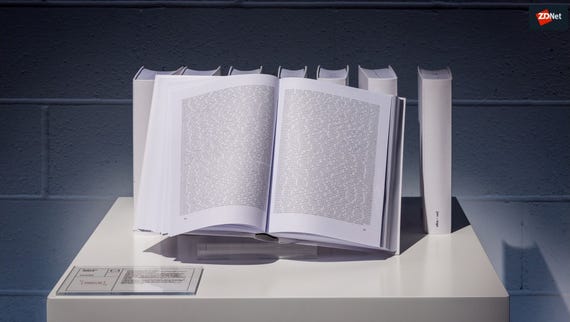 The new subsection for NSLs consists of three columns with links to the NSL itself, the date the NSL was issued, and a link to the corresponding FBI release letter. The most recent release letter is dated September 25 2017, and concerns a 2015 request for access to a Google Voice account.

As the release letters spell out, the FBI issued the NSL under the Electronic Communications Privacy Act (ECPA) with a non-disclosure requirement. The published letters are for instances where the FBI has reviewed the gag order and determined it's no longer necessary, something that became permitted under the 2015 USA Freedom Act.

The release letter allows Google to decide to disclose that it received the NSL on a certain date, along with the customer accounts the FBI sought information on. The FBI requests that the name and phone number of the FBI special agent is redacted, which Google has done. Google also redacted the user accounts, but still shows the product involved.

The earliest NSL it's published is from 2009 concerning several Gmail accounts. It required Google to turn over the name, address and length of service for each account. The FBI lifted the gag order on June 30 2017.

The new section follows Google's decision to post links on a blog to 10 NSLs it's received over the years.

So far Google has published 25 NSLs and their corresponding FBI release letters. The company plans to update the section with more over time.

Google also reported that between January to June 2017 it received 19,176 government requests to remove 76,714 pieces of content. This was up 20 percent on the second half of 2016.

It's also added a deep-linking feature to the site to help users bookmark and share various charts in the report. This feature works by creating a distinct URL when users sort data by country, time period, and other categories.

And thousands more user accounts have been affected by US national security orders than previously reported.

Google asked to blacklist a million 'pirate' websites, but they include White House, NASA

Among the million websites cited in takedown requests to Google are a few unlikely alleged piracy websites, such as NASA, the US Department of Justice, and The White House.

Google divulges more data on its users than ever, as government requests spike

Google faced more requests for user data in the first half of 2016 than in any period since it began reporting the figures.