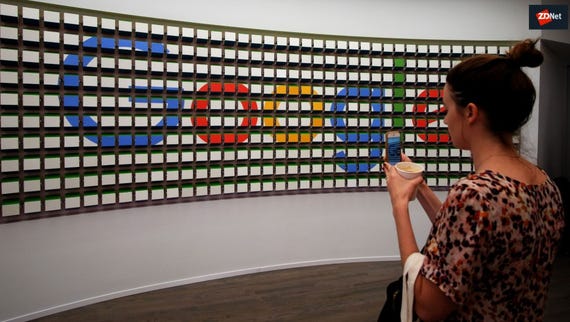 Google received more government requests for user data in the first half of this year than ever before. It also admits it's significantly underreported the number of non-US accounts targeted by US intelligence.

Due the breadth of Google's services, this data could include your Gmail messages, documents and photos you've saved on Google services, and videos on YouTube

During the period, Google received 48,941 requests for data from 83,345 accounts and produced user information for 65 percent of requests. This time last year it received 44,943 requests from 76,713 accounts.

About half the requests come from the US government. Other major sources of requests include Germany, France, and the UK. Many countries in the report have made fewer than 10 requests.

The report doesn't show US national security requests made under the Foreign Intelligence Surveillance Act (FISA) for the current period. Using Section 702 of the FISA Amendment Act of 2008, agencies like the NSA can force Google to hand over content from non-US citizens for foreign intelligence purposes.

Current figures are subject to a six-month delay. However, Google has revised upwards the number of accounts affected by these requests, which have been significantly underreported for the past three years.

Apple yesterday also revealed the scale of the government requests it faced in the first half of 2017, which do include FISA requests for the current period.

Google is lobbying for changes to key laws that enable law enforcement around the world to request user data. In the US, it's asked for the definition of foreign intelligence information under Section 702 FISA to be narrowed if and when it's reauthorized.

It's also campaigning for reforms to processes under mutual legal assistance treaties (MLATs) between nations, and the US Electronic Communications Privacy Act (ECPA).

Google has previously argued that MLAT processes are too slow, and wants other countries to be able use ECPA to access data from US providers, so long as they commit to baseline privacy, due process, and human rights principles.

"Providing a pathway for such countries to obtain electronic evidence directly from service providers in other jurisdictions will remove incentives for the unilateral, extraterritorial assertion of a country's laws, data localization proposals, aggressive expansion of government access authorities, and dangerous investigative techniques," wrote Richard Salgado, Google's director of Law Enforcement and Information Security.

More on Google and security

Join Discussion for: Google warns that govt is demanding more...