Google Maps: Here's how its new look will adapt to the way you're traveling

Google Maps is adding more icons and changing the places of interest it highlights in various modes.
Written by Liam Tung, Contributor on Nov. 16, 2017 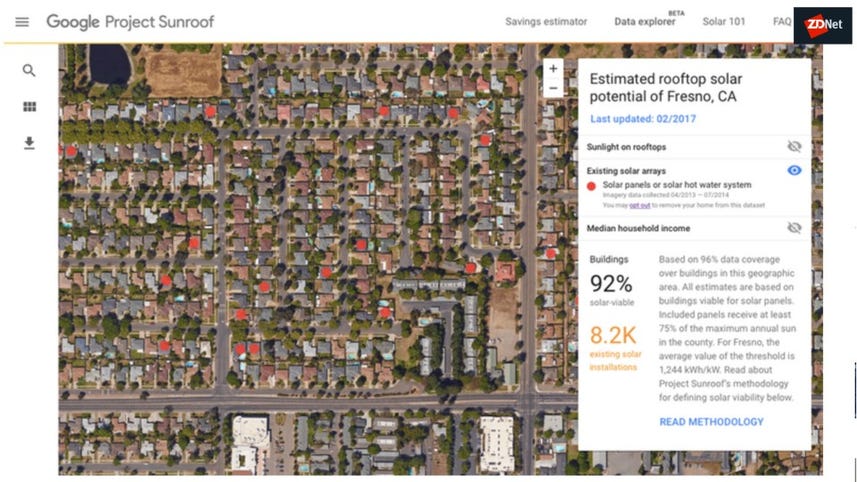 Google will soon be rolling out a new look for the driving, navigation, transit and explore views in Maps to display relevant information more prominently according to each mode.

That means when you're driving, Maps will highlight gas stations, while train stations and bus stops will be more visible in transit mode, and points of interest are more prominent in when exploring.

Maps is also getting a new color scheme as well as new icons that aim to help users quickly identify places of interest. Now cafes, churches, museums, hospitals, and a range of other points of interest have their own icon.

The broad categories include Food and Drink, Shopping, Health, Entertainment/Leisure, Services, Civil Services/Worship, Outdoor, and Transport. Each point of interest within these categories has been given its own icon.

The new design and color scheme will be rolling out to Maps on mobile, the web, and other products that integrate Maps, such as Search, Earth, Android Auto, and Assistant. Eventually the changes will appear in third-party websites that use the Google Maps API.

The update should be rolling out to users in the next few weeks, according to Google's blogpost.

Rolling out globally, users will be able to get their questions answered within local business listings on Google Maps and mobile search.

Google Maps gets makeover with new colors and icons [CNET]

The tech giant and cartographic colossus spruces up the Maps interface to make things easier to spot.