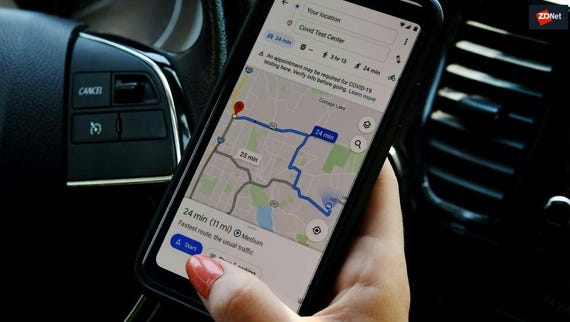 After Google's 15-year anniversary makeover of Google Maps this February, the company is now rolling out updates to its popular tab for Saved locations to help people remember places like restaurants they've been to while traveling.

The first update aims to help Google Maps smartphone users remember the name of a special place they went to by pushing recently saved places to the top of the Saved tab. This should make it easier to find recently visited places and share them with friends in a message. Google said worldwide, people have saved more than seven billion places on Google Maps.

The existing Saved places interface just displayed a list of Favorites, Want to Go, and Starred places that indicated the number of places in each category.

The new version displays cards on a carousel of recently saved places. Each card includes an image of the place, the name of the place, and a tag to indicate whether it was a want-to-go place or a starred place.

The second change aims to make it easier to sort through places based on the device's proximity to a place that's been saved. It should help smartphone users who've saved lots of places find them when they're in the area. Google notes that location permission needs to be enabled in order to see all nearby saved places, which are sorted by distance and again displayed on a carousel.

The third change to Saved places in Google Maps relies on enabling Location History and allows people to use the Google Maps Timeline of past movements to check out places and routes they've been on, be it walking, riding a bike or running.

This should help those who aren't averse to enabling Google's Location History to remember places they've been even when they didn't save the location.

"You can see how far you've biked, walked and ran over the past few days. You can also easily find that amazing hole in the wall restaurant you visited during one of your past vacations, or that cute boutique you popped into a few weeks ago," Google notes.