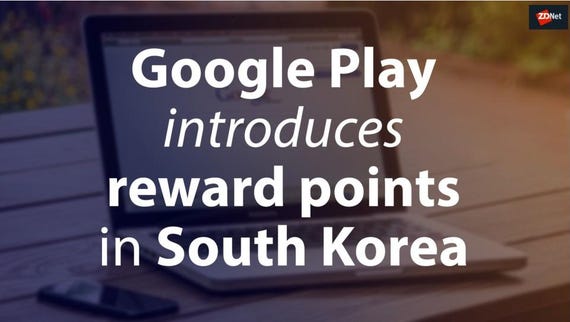 South Koreans who purchase items and other virtual goods in apps from Google Play will now be able to get points as rewards, Google has announced.

Dubbed Google Play Points, users will start in the bronze tier, which will give one point per 1,000 won for subscribers that make in-app purchases from apps available on the Google Play store.

If a user uses 100 points to purchases a virtual item, the developer of the app will receive 70% of the proceeds, Google said.

Google Play Points was first launched in Japan last year, and South Korea will be the second country to roll out the service; in-app purchases and pay-to-play systems are more popular in South Korea and Japan.

Google subscribers can take part by pressing the My Play Point button within apps. The company will also conduct promotions weekly to give more points for certain apps.

Google Play Store is the go to app-store for most Android users in South Korea, where Samsung controls over 60% of the smartphone market share in the country.

Google's dedicated Clips camera was designed for families to capture special moments without watching it through a screen.

Google previously banned logins initiated from browsers where JavaScript had been disabled.

Tasks is the latest Google app to get an update, as the company redesigns some of its key features.

Apps in the Google Play Store purport to upgrade your phone to Android 9.0 Pie, but an app cannot perform that task.