Full Bio
Posted in Between the Lines on February 21, 2014 | Topic: E-Commerce

Google has announced that it will be shuttering BufferBox as the Internet giant proceeds to rethink its online shopping strategy.

There are no formal plans to relaunch BufferBox in the future, and all BufferBox partners will also cease to continue. 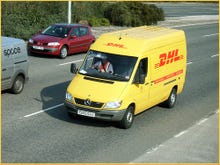 Founded in 2011, Bufferbox was acquired by Google in November 2012 as the Internet giant proceeded to ramp up its online commerce portfolio.

Much like (if not completely like) Amazon's locker delivery service, the Waterloo, Ontario-based operation enabled consumers to be able to have their packages shipped to physical lockers for pickups anytime.

But since then, the delivery market has become crowded with the likes of AmazonFresh, Instacart, FreshDirect, and more -- not to mention Google's own entry, Google Shopping Express, which is still in limited availability in the San Francisco Bay Area.

Based on a blog post by the BufferBox team on Friday, Google appears to be redirecting all of its attention to strengthening Shopping Express, likely to streamline the brand and services like Amazon's shipping/locker and grocery delivery services.

BufferBox will stop accepting packages on March 31. The last day to to pick up packages from BufferBox locations April 21.

Parcels delivered to BufferBox locations after March 31 will be returned to sender.

Join Discussion for: Google punts BufferBox in favor of Google...