By Stephanie Condon for Between the Lines | February 3, 2021 | Topic: Robotics 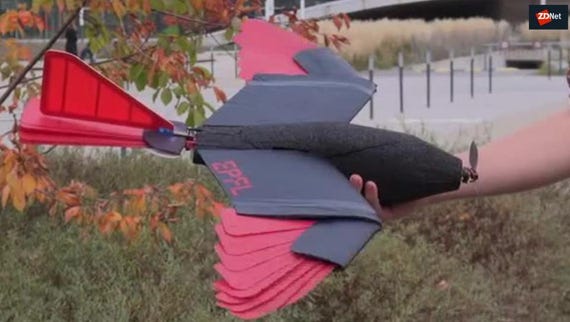 Google this week asked the US Federal Aviation Administration (FAA) for permission to test out the use of drones for monitoring and fighting fires. The request comes as the FAA slowly expands sanctioned drone use in the US.

The best aerial hardware and technology stacks for keeping an eye on operations, individuals, and valued assets from above.

Back in December, the FAA released much-anticipated new rules allowing drone flights over people and at night under certain conditions. Then just a couple weeks ago, the agency gave its first-ever thumbs up to the use of automated drones without human operators on site. The Boston-based American Robotics, which develops automated drone systems for rugged environments, received the FAA approval.

Meanwhile, the FAA has already granted at least one waiver approving the use of drones to respond to wildfires. Back in September, the agency approved an emergency request from Verizon to use industrial drones to inspect critical infrastructure affected by wildfires.