Google has agreed to settle its litigation with Rockstar, the Apple and Microsoft-backed patent consortium that beat the search giant to acquire Nortel's patent portfolio and then sued it.

Google and Rockstar agreed to settle "all matters in controversy between the parties", Reuters reported on Thursday, based on filings in a Texas federal court on Monday. A final settlement is still being hashed out after the pair reached a general set of terms, according to the publication.

Rockstar, whose shareholders include Microsoft, Apple, BlackBerry, Ericsson, and Sony, outbid Google at an auction for Nortel patents in 2011, paying $4.5bn for the networking company's intellectual property. 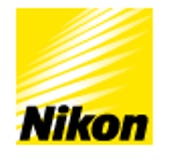 Microsoft has convinced another device maker using Android as an embedded OS to pay it patent royalties.

Then, on the eve of Google's launch of Android KitKat last October, Rockstar filed claims in the Eastern District of Texas against Google and seven Android handset makers including Asustek, HTC, Huawei, LG, Pantech, Samsung, and ZTE.

While the suit targeted key Android handset makers, the complaint against Google focused on search and advertising patents.

The document filed on Monday doesn't reveal whether Rockstar has also settled with Samsung.

Rockstar dropped its suit against Huawei earlier this year though it wasn't clear whether the Chinese networking and handset firm had agreed to take a licence.

Google had filed a counter claim in a Californian court late last year in a bid to shift the dispute away from the Easter District of Texas, which has been a preferred venue for lodging patent infringement claims. As noted by Reuters, Google successfully stalled the Texas proceedings against the handset makers while its Californian case played out. Google did not respond to request for comment.

Cisco revealed earlier this month that it would take a $188m charge related to an agreement it had signed an agreement with Rockstar.