Google has stopped displaying snippets of German news stories in its search results after being sued over intellectual property rights. 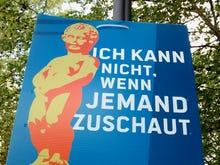 In the run-up to the European Parliamentary elections, some politicians are saying that the search engine should be "unbundled", although regulators are more cautious.

Following the legal action by German publishers and the passing of an an "ancillary copyright" bill — aka a Google tax — in the country last year, Google will soon no longer display news snippets and thumbnail images from some of Germany's biggest publishers.

According to the Financial Times, from 9 October, Google will only produce a link and headline to news stories from the publishers, a decision Google made after being sued this June by major German publishers represented by the German copyright and collection body VG Media.

"Some German publishers have — represented by the collecting society VG Media — recently decided to sue Google (and other providers) because we display snippets and preview images to alert readers to the pages from those publishers. We regret this legal approach very much because every publisher was always able to decide whether and how its content is displayed in our services themselves," said Philipp Justus, managing director of Google Germany, in a blog post yesterday.

Sites that Google will no longer include snippets from in its search results include bild.de, bunte.de or hoerzu.de.

Justus noted that other German search providers have opted to remove complainants' links entirely from results.

One of the main supporters of the ancillary copyright bill was German publisher Axel Springer , which has also recently lobbied against Google's proposed settlement to a long-running EC antitrust investigation into its dominance of the search market in Europe.

The ancillary copyright bill in its proposed form in 2012 would have forced search engine providers to to pay copyright fees when they displayed news snippets. However, when the bill that got passed last year, snippets were exempt from the payments. VG Media then sued Google in June after failing to negotiate payments from Google for the use of those snippets, saying that the law can be interpreted in such a way that means publishers can still claim compensation under the legislation.

In a statement, VG Media described Google's response as "blackmail" and, according to the Financial Times, said that "it is obvious that Google's aim is to compel publishers to let their content be used for free and to render the German parliament's law void".

Google said in a statement: "We work hard to help news publishers gain readers and generate new revenue online.  In addition, they are free to choose whether their content — short snippets of text and thumbnail images — appears in Google's products. However, given VG Media's claim we're further limiting the ways in which content from these publishers appears in our search and news products. The action we are taking is similar to steps taken by other providers."