Research from Google and Gallup has found that black students are less likely to have access to computer-science classes at school and are less likely to use a computer at home or school, despite being more interested in learning about the subject than their white counterparts.

The findings, based on a survey of 16,000 students, parents, teachers, principals and superintendents, highlight demographic inequalities in K-12 computer-science education. 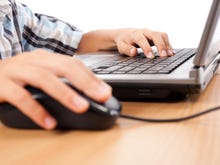 Building a digital future: Should coding be mandatory for every schoolchild?

Finland has become one of the first countries in the world to make learning programming compulsory for schoolchildren between seven and 16.

About 80 percent of black, white, and Hispanic students who have learned computer science, have done so in a class at school. However, more black students report learning in groups outside school, perhaps reflecting a response to the lack of availability in the classroom.

Meanwhile, daily usage of a smartphone or tablet is highest for black students at 81 percent, compared with 74 percent and 72 percent for white and Hispanic students, respectively.

Additionally, about half of black and Hispanic students report using their phone or tablet for more than five hours a day, while just 27 percent of white students say they use these devices for this amount of time.

Daily usage of computers among all males is also a strong indicator for who reported being "very interested" in learning computer science, the study found.

"This may be attributable to male and female students using computers at home for different purposes," the study's authors speculate.

"For example, male students might be more likely to use computers to play video games, where they are exposed to computer science ideas via creation; on the other hand, female students may use computers more for social media, which could be more passive consumption."

The other major reason for lower interest in computer science among girls may be due to boys receiving more encouragement from teachers, parents, and the media to pursue studies in the field. For example, 46 percent of male students have been told by a parent that they will be good at CS, compared with just 27 percent of female students.

This finding is also borne out by differing levels of confidence, with 65 percent of males reporting being very confident that they can learn computer science if they want to, compared with 45 percent of females.

The findings may offer reasons other than recruitment bias as to why the tech sector is dominated by white and Asian males.

However, the availability of computer-science classes that include programming and coding has increased, with 40 percent of K-12 principals reporting an increase compared with 25 percent last year. The proportion of schools that offer robotics or artificial intelligence using programming has also risen from 22 percent last year to 30 percent this year.

Barriers to wider availability of computer-science classes include a lack of perceived demand from parents, a lack of skilled teachers, and a lack of funding, the study found. For example, while 84 percent of parents say computer science should be compulsory like math and science, only 28 percent of parents have pushed the school to offer it.