Full Bio
Posted in Linux and Open Source on May 12, 2020 | Topic: Enterprise Software 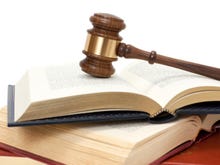 Ten years ago, Oracle, desperate to monetize its failed Sun purchase, sued Google to squeeze profits out of its use of Java APIs in Android. Oracle won its point -- that application programming interfaces (APIs) were subject to copyright. More recently, Google got the Supreme Court of the US (SCOTUS) to reconsider Oracle's court victory. But the case, which should have gone to court this spring, has been yet again delayed, but not because of the coronavirus. University of South Carolina Intellectual property (IP) law professor Ned Snow pointed out the federal circuit court's ruling, which had awarded victory to Oracle, violated the Constitution's Seventh Amendment.

"Reversal of a jury verdict on the issue of fair use is extraordinarily rare. For two centuries, courts have given great deference to jury verdicts. Indeed, history overwhelmingly demonstrates that juries are uniquely situated to make the discretionary judgments that fair-use cases call for. But in this case, the Federal Circuit ignored history, along with the law. It applied de novo review to overturn the jury verdict of fair use. This is the first time that has ever happened. And it is unconstitutional. The Seventh Amendment requires that a jury finding of fair use not be 're-examined' under a de novo standard of review."

To make sense of his argument, you need to catch up on the case's history. At its heart -- and why this case matters to all software developers -- the case is about whether application programming interfaces (API) can be copyrighted. Oracle claims they can be and that it owns the Java API copyrights, and that Google infringed on them by using them in the Android OS.

Historically, APIs weren't copyrighted. While valuable, there's nothing creative about an API. It just spells out how external programs can work with the program or service. As Uri Sarid, software integration company MuleSoft's CTO, wrote about this case several years ago, "APIs are quite utilitarian, like an ATM machine's operation: Slide your card here, punch your code there, select from a menu, and expect cash in return. How could that be copyrighted?"

Even if APIs were copyrightable, Google argued that it could use them for free thanks to "fair use." As US District Court of Northern California judge William Alsup, a programmer in his own right, explained: "The policy behind the right of fair use is to encourage and allow the development of new ideas that build on earlier ones, thus providing a counterbalance to the copyright policy to protect creative works."

All programmers know this, and so do juries. In 2014, a jury decided APIs couldn't be copyrighted, but the US Court of Appeals for the Federal Circuit (CAFC) overruled the jury and awarded Oracle the victory. Then, in 2016, another jury ruled that, even if APIs could be copyrighted, Google still had the right to use them under fair use. Once again, the CAFC overruled the jury.

Google appealed once again in 2019. This time, it took the case straight to the SCOTUS.

What will SCOTUS rule on this issue, which is critical to billions of dollars of software business? We may not find out. As Snow wrote in his amicus brief, "The Court need not analyze the intricacies of computer-software technology."

Snow believes the issue is one that's fundamental to law, not programming: "The Amendment provides that 'no fact tried by a jury, shall be otherwise re-examined in any Court of the United States, then according to the rules of the common law.' And, disagreeing with how the jury views 'fair use' does not rise to the level where a court can re-examine, nevermind over-rule, its decision."

Eben Moglen, professor of Law at Columbia Law School and executive director of the Software Freedom Law Center (SFLC), in an amicus brief argued on other grounds that CAFC had overstepped the law. The SFLC argues that, in overturning the jury verdict, the CAFC flagrantly ignored the SCOTUS's own rulings on the appropriate standard of jury review.

They're far from the only ones who wondered what the heck CAFC thought it was doing.

Lee Gesmer, co-founder of the Boston law firm of Gesmer Updegrove LLP, wrote: "The CAFC's decision was surprising, to say the least. Appellate reversal of a jury finding on fair use is virtually unprecedented in the law." Another IP attorney commented, "It was extraordinary that the federal circuit intervened to overturn a jury verdict that was a mixed question of law and fact (fair use).  I haven't researched it, but I don't recall that ever having happened before."

Nevertheless, these issues were largely ignored in the run-up to the SCOTUS case. Then, to Oracle's dismay, SCOTUS ordered Google and Oracle to file supplemental briefs addressing the jury's fair use verdict in favor of Google. Thus, it appears, at least five of the Justices are inclined to rule in favor of Google.

So, what next? Gesmer speculates:

"We will have to see what the parties have to say on this issue when they file their briefs in August. However, a decision based on a narrow procedural ground such as the standard of review is likely to be attractive to the Supreme Court. It allows it to avoid the mystifying complexities of copyright law as applied to computer software technology. It allows the Court to avoid revisiting the law of copyright fair use, a doctrine the Court has not addressed in-depth in the 26 years since it decided Campbell v. Acuff-Rose Music, Inc. It enables it to decide the case on a narrow standard-of-review issue and hold that a jury verdict on fair use should not be reviewed de novo on appeal, at least where the jury has issued a general verdict."

In other words, Oracle will lose and Google will win… for now.

We still won't have an answer on the legal question that programmers want to know: What extent, if any, does copyright cover APIs? For an answer to that my friends, we may have to await the results of yet another Oracle vs. Google lawsuit.

It may be wiser for Oracle to finally leave this issue alone. As Charles Duan, the director of Technology and Innovation Policy at the R Street Institute, a Washington DC non-profit think tank and Google ally, recently argued: Oracle itself is guilty of copying Amazon's S3 APIs.

Free and open APIs are essential for modern software development. Oracle benefits from them as well. If SCOTUS rules against Oracle, it's time for Oracle to leave this issue behind.

Join Discussion for: Google vs. Oracle: The next chapter