But Oracle says Google's concerns are a smokescreen for a desire to freely copy and make huge profits.
Written by Liam Tung, Contributor on Jan. 25, 2019 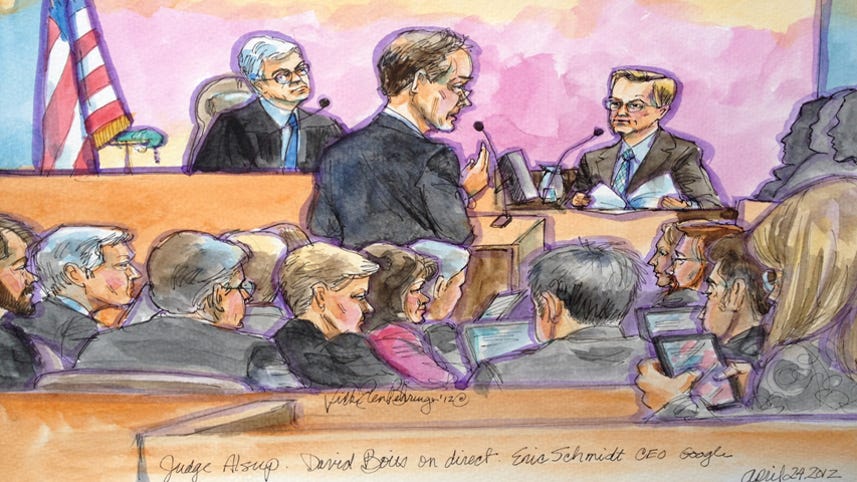 Google has asked the US Supreme Court to review its nine-year copyright dispute with Oracle over the use of Java APIs in Android.

Google is asking the Supreme Court to make a decision on two overruled decisions in Google's favor that APIs are not copyrightable and that Google's use of Java APIs is "fair use".

In a blogpost, Google's chief legal officer, Kent Walker, compares copyrighting APIs to "saying that keyboard shortcuts can work with only one type of computer".

"We built Android following the computer industry's long-accepted practice of reusing software interfaces, which provide sets of commands that make it easy to implement common functionality – in the same way that computer keyboard shortcuts like pressing 'control' and 'p' make it easy to print," writes Walker.

"Android created a transformative new platform, while letting millions of Java programmers use their existing skills to create new applications. And the creators of Java backed the release of Android, saying that it had 'strapped another set of rockets to the [Java] community's momentum'."

Oracle of course acquired Java's then owner, Sun Microsystems, in 2009 saying Java was the most important software Oracle had ever acquired. Just over a year later it sued Google over its use of Java in Android.

Google positions a decision in favor of Oracle as a disaster for all developers.

"Unless the Supreme Court corrects these twin reversals, this case will end developers' traditional ability to freely use existing software interfaces to build new generations of computer programs for consumers," writes Walker.

Google's concern about innovation is a smokescreen, according to Oracle EVP and general counsel Dorian Daley, who says the Supreme Court should deny Google's request to review the case.

"The fabricated concern about innovation hides Google's true concern: that it be allowed the unfettered ability to copy the original and valuable work of others as a matter of its own convenience and for substantial financial gain. This is not, and has never been, a valid justification for copying," wrote Daley.

"Oracle will continue its efforts to protect and grow its own innovations, as well as those of other innovators, by ensuring that the well-established principles of copyright law are not subverted by anyone trying to cut corners. In major victories for software innovation, the Court of Appeals has twice sided with Oracle against Google. The Court of Appeals was correct each time. The Supreme Court should once again deny Google's request to take the case."

As Google explains in its request to the Supreme Court, in 2005 it needed to "replicate the syntax and structure of the Java API declaration exactly" so that developers could use familiar commands rather than learn new ones.

Google did this for 37 Java API libraries it deemed "key to mobile devices", and then wrote its own "implementing code, tailoring the code to accommodate the unique challenges of the smartphone environment".

Google claims that it independently wrote the implementing code and that only three percent of the code was the same between 37 disputed Java API libraries and the corresponding Android libraries.

Overall it says less than 0.1 percent of over 15 million relevant lines of code in Android overlaps with Java.

The jury ruled that Google didn't owe Oracle any money for its use of Java's APIs in Android, but the US Court of Appeals for the Federal Circuit disagreed and overruled the jury. Software development as a whole and billions of dollars are now at stake.

The Internet giant convinced a jury that its use of Java APIs to build the Android OS amounted to "fair use."

Did Google's use of Java APIs to build the Android OS amount to "transformative" use, or were they simply stealing at another firm's expense?

The court motion claims both Google and Apple were harmed when Oracle's attorney revealed their business dealings.

Oracle claims Android has generated $42 billion in revenues for Google

The software giant is pointing to Android revenues to argue that Google owes it billions for using Java APIs in its development of the mobile OS.

Oracle sues Google over Android's use of Java

Oracle, which bought Java-owner Sun Microsystems in 2009, says the use of the platform in the Android operating system infringes on Oracle's patents and copyright.

Oracle thinks it wants to squeeze Google for Java copyright infringement, but it shouldn't. The future of software is about APIs and the cloud, not licensing.

The decision comes after a federal appeals court declined to rehear the case.