Samsung's dominance of Android is causing fears at Google that the South Korean smartphone maker may "flex its muscles" to renegotiate the pair's commercial terms, according to a report by the Wall Street Journal. 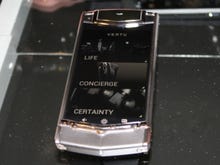 At a meeting last year, Google's Android chief Andy Rubin told executives he was delighted by Samsung's Android sales, but also warned it could become a threat if it increased its lead amongst Android manufacturers, according to the report.

The threat centres on the possibility that Samsung is in a position to demand a greater share of Google's mobile advertising revenues derived from search and other products.

Samsung shipped 42 percent of the Android phones in 2012, with the next in line shipping just six percent, according to the latest figures from analyst firm Gartner. Rival analyst firm IDC put Samsung's smartphone shipments at 215 million for the year, which account for 30 percent of the market and are well ahead of HTC's 32 million.

Given Samsung's dominance of smartphones and its rising share of tablet shipments, it could demand a larger cut on Google's revenues from Google search and YouTube. One fear for Google could be that Samsung follows Amazon's approach to the Kindle, which forked Android and cut off the core Google apps that generate revenue for the search company.

Google's acquisition of Motorola Mobility, which makes smartphones and the Xoom tablet, was an "insurance policy" against such an event, according to the report.

Samsung, of course, is also moving to reduce its reliance on Android as Google develops its plans around the rumoured X Phone, with the scheduled release of Samsung handsets based on the Tizen OS later this year .

On March 14 Samsung will unveil the Galaxy S4 , which is the only line of Android smartphones to challenge Apple's iPhone at the high end of the market.