Developer tools from Apple and Google have had the most dramatic impact on developers of any technology.
Written by Liam Tung, Contributing Writer on Nov. 14, 2017 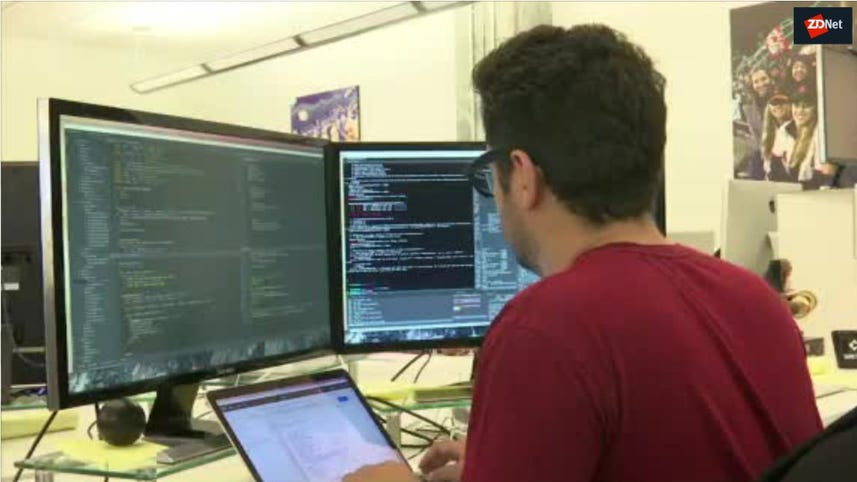 The two most valuable companies in the world are also behind the two fastest-growing technologies that support their ecosystems.

Stack Overflow's latest look at fast rising and falling technologies has found that Google's Angular framework for building web and native apps, and Swift, Apple's language for building iOS apps, have been by far the two fastest-growing developer technologies of the past decade.

The developer community and help site gauges the success of different technologies by looking at the year-over-year changes in questions asked with tags such as 'angular', 'typescript', 'iPad', and so on. Only tags used in over 10,000 questions were included in the analysis.

Other technologies among the fastest to attract developer interest included the iPad, which spiked after it launched in 2010 but its growth has since been in steady decline.

The Google Brain Team's TensorFlow machine-learning framework for creating neural networks is off to a good start and is still rising. Android Studio, released in 2013, is also among the fastest to gain traction among developers.

Stack Overflow data scientist Julia Silge notes there are good reasons for the massive growth of both Angular and Swift because each succeeded already popular languages. These were AngularJS and Objective-C, respectively. Android Studio, Angular, Swift and the iPad are examples of what "remarkable success" looks like for a new technology, according to Silge.

She also takes a look at the "other side of the coin", which includes technologies that aren't necessarily remarkable failures and often the result of major platform shifts.

Flex, used to build Flash applications, and Microsoft's Silverlight underwent dramatic declines in interest among developers. Along with constant security flaws, the iPhone and HTML5 helped usher in the demise of Silverlight and Flash.

Developers have lost interest in Backbone.js and the Cocs2d game engine for the iPhone.

Another rapidly declining technology was the Parse developer platform. Its growth peaked in 2013, the year Facebook acquired it, but steadily declined afterwards until Facebook decided to close the platform in 2016 at which point the parse tag appeared in almost no questions on Stack Overflow.

Other slow-burning but popular technologies over the past decade include AngularJS and Microsoft's TypeScript and Xamarin.

Along with the benefits of DevOps comes the risk of skimping on QA testing, leading to flawed results. Here are a few easy steps you can take to improve DevOps quality control.