What do the Google Jamboard, Cisco Spark Board and Microsoft Surface Hub have in common? They all expect you to live in and on their silos and stacks.
Written by Larry Dignan on May 23, 2017 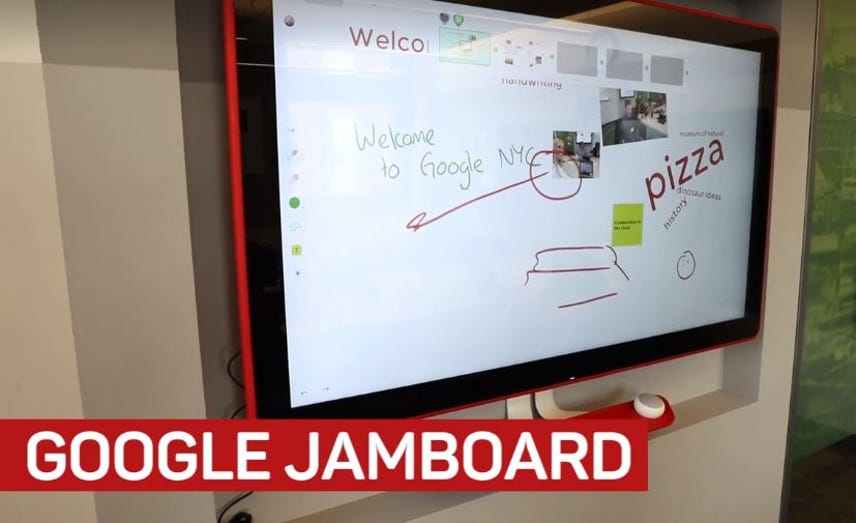 Google has launched its Jamboard for $5,000 and the reviews are solid, but the technology buyer is likely to be a bit wary as Cisco and Microsoft play in the market.

Simply put, Google's Jamboard is pretty neat for $5,000 and an enterprise or small business could justify the price based on cool factor as well as collaboration heft--especially if you're in Google's cloud anyway. Jamboard has its own tablet and phone app to make the Jamboard work and enhance G Suite connections.

CNET's Scott Stein breaks it down in a review:

I'd love to see it in my future office conference room, as long as someone else is footing the bill.

Jamboard's main function is collaborative brainstorming done via whiteboard scribbling. The app throws together handwriting, freeform sketching, photos, clippings and group-created post-it-style ideas into a live workspace that can be used in the same room and over remote Google Hangouts.

Fortunately for Stein, as well as other corporate users, the Jamboard is likely to be purchased by corporations and small businesses. And that's where things get sticky. These interactive whiteboards operate in silos and every vendor wants you (and your company) in one environment.

Here's what I'd like to see from Jamboard and the overall smart whiteboard market: