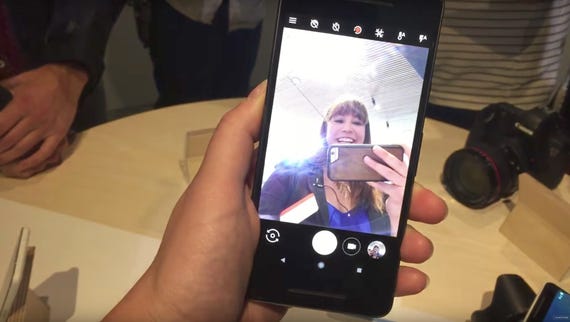 Among yesterday's hardware announcements, Google quietly slipped in a bonus for Pixel 2 buyers, who are now guaranteed three years of Android version updates instead of the two promised for earlier Pixel and Nexus devices.

The longer support timeframe for version updates is now aligned with the three years of security updates Google guarantees for its own-brand devices.

Oddly, given how useful this move is for owners, Google didn't mention extended support in its announcement yesterday.

The detail is buried in a drop-down menu on the Pixel 2's tech specs page under 'Operating system', which states, "Minimum 3 years of OS and security updates".

The Pixel 2 support update was spotted by Android Police. A possible reason for the longer updates for the Pixel 2 is Google's Project Treble.

This project also lay the groundwork for the extending the Linux kernel's Long Term Support timeline from two years to six years, which helps vendors to port new versions of Android to devices for longer periods.

Treble's easier updates benefit devices that ship with Android 8.0 Oreo and beyond, and Pixel 2s are some of the first in this group.

Longer and faster updates will be appealing to iPhone owners who have avoided switching to Android due to the shorter support periods.

Google's Pixel 2 page has a 'Why Switch' that also highlights the three-year support and fast charging, which is available on the iPhone 8 and iPhone X but requires a different plug and cable to those included in the box.

The page also has a link to Google's new Pixel trade-in program, which offers up to $380 in credit towards a Pixel 2 when you hand your old iPhone to Google.

Google's bet is that smartphone hardware is a commodity and artificial intelligence will win the day. Can Google lead its hardware parade with Pixel 2 and Pixel 2 XL and compete with iPhone X and Samsung Note 8?

Join Discussion for: Google's Pixel 2 gets 3 years of Android...