Government web snooping: Why the latest court ruling won't change much - at least not yet 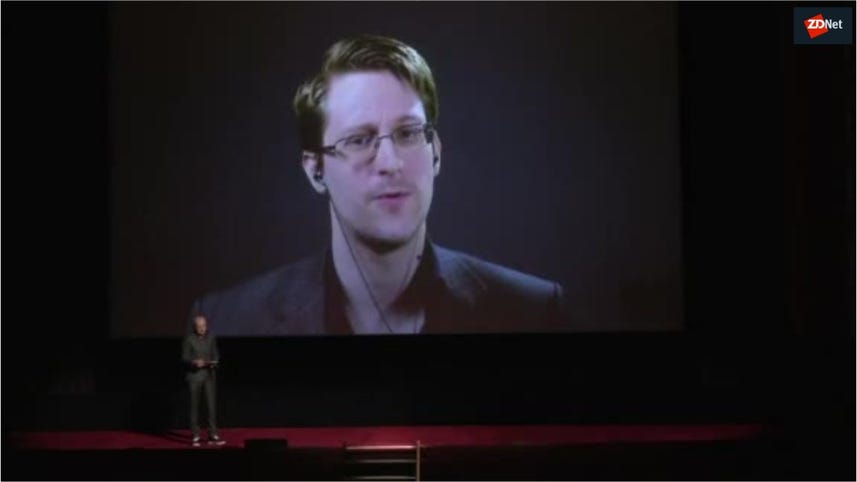 In what's being hailed as a major decision by civil liberty and privacy groups, the European Court of Human Rights (ECHR) has ruled the UK government's massive surveillance and data collection scheme was a breach of human rights.

The court found the bulk collection of data revealed by the Edward Snowden revelations infringed on the rights of individuals to have a private life and that the data collection regime was incapable of keeping the "interference" limited to what is "necessary in a democratic society".

The decision has been welcomed by campaigners and privacy groups including Liberty, Big Brother Watch and the Open Rights Group.

"The courts decided today that a free and democratic nation like the UK can't just spy on all of its citizens without adequate protection and that you have to respect citizens' rights to privacy and freedom of expression," she added.

Snowden himself also responded positively to the ruling. "For five long years, governments have denied that global mass surveillance violates your rights. And for five long years, we have chased them through the doors of every court. Today, we won," he said in a Tweet.

But while the ruling does represent the first time that the ECHR has ruled on UK surveillance programmes, is anything really going to change?

The initial response from the government suggests not. "The government will give careful consideration to the court's findings," said a Home Office spokesperson.

The government also argues that because the ruling focuses on old legislation -- the case was first brought about in 2013 -- it doesn't necessarily apply to the current incarnation of surveillance law which was introduced at a later date.

But that argument doesn't convince critics of the Investigatory Powers Act -- legislation which those opposed to it have previous labelled as "the most extreme surveillance law ever passed in a democracy".

"That really doesn't hold much water," said Paul Bernal, Lecturer in Information Technology, Intellectual Property and Media Law in the UEA School of Law, in response to the government claim that the new regime solves the problems of the old one.

"The same underlying problems still apply, and the IP Act has most of the same flaws -- flaws found to breach fundamental rights," he told ZDNet.

The Investigatory Powers Act has also found itself on the wrong side of court judgements, having previously been ruled unlawful by the Court of Appeal, the highest court in England and Wales. Nonetheless, the government continues to dig its heels on decisions related to surveillance.

The reason there's so much resistance to change, she argued, is that the government has never wanted to change how it collects data in the first place -- and if it wasn't for the Snowden revelations, it would have quietly gathered up everything possible in the name of security.

"If the government had its own way, it would have gone on secretly conducting surveillance but finally this was found out and it has been ruled unlawful. But they're reluctant to change because it's the way they've been working for years".

Civil liberties groups are set to continue fighting a number of cases related to surveillance and while rulings have gone against the government, nothing has changed; the Investigatory Powers Act is still the same as it was in 2016 and the government doesn't look to be in any rush to alter it, despite these losses.

"If they don't amend the IP Act, there will be more challenges, and the government will lose more cases. They may not mind too much, as it all takes time and they'll keep doing the same surveillance," said Bernal.

So despite the fanfare, in the short-term it might be that not much changes as the government repeatedly bats off calls for changes to the legislation.

But for many, this ruling marks just the beginning of a campaign to transform how the government collects data so it's done in a way which keeps citizens safe from threats, while also respecting their personal privacy.

"We believe that they can and they must provide us with a targeted surveillance regime rather than a bulk regime that has adequate safeguards to protect our rights - that's very possible for them to do," said Goulding.

"We will push on with our High Court challenge against the Investigatory Powers Act and I'm sure we'll draw on the judgement of today to explain why it means that act is also unlawful," she added.