I have been away from my blog for much too long, and if there is anyone to whom this makes a difference I apologize. A week at a class in the U.K., a week of vacation, and a week trying to catch up on neglected work from the previous two weeks, and before you know it a month has slipped by! So, now I am back, and it is time to catch up on neglected writing. Let's have a quick look at what has happened in the Linux distributions I use.

Linux Mint 12 KDE has been released. This is the Ubuntu-derived line from Mint, but it is not from Kubuntu. They have taken their own Linux Mint 12 distribution and integrated KDE with it. The result is very nice - if you are one of the many who want to avoid the current desktop wars going on with Gnome, this could be an excellent alternative. 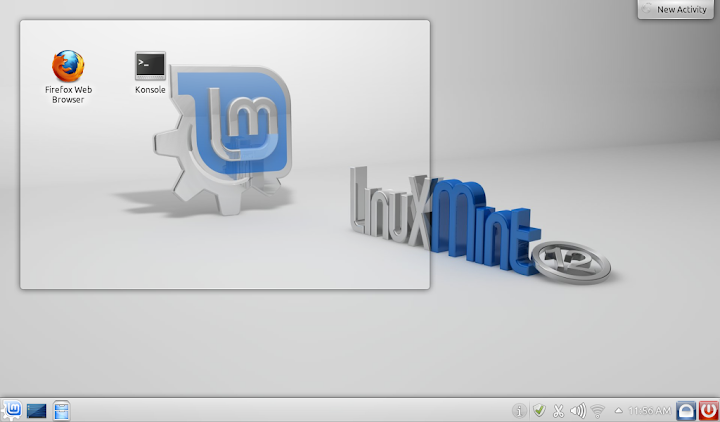 Cinnamon 1.2 has been released for Linux Mint 12 Gnome (and others). This is a significant improvement over the previous releases, which were already quite nice. It is fast and smooth, and feels a bit more stable than the previous release. Desktop effects are nicer, if you are into flashy extras. Best of all, in my opinion, is a much-improved "Cinnamon Settings" utility: 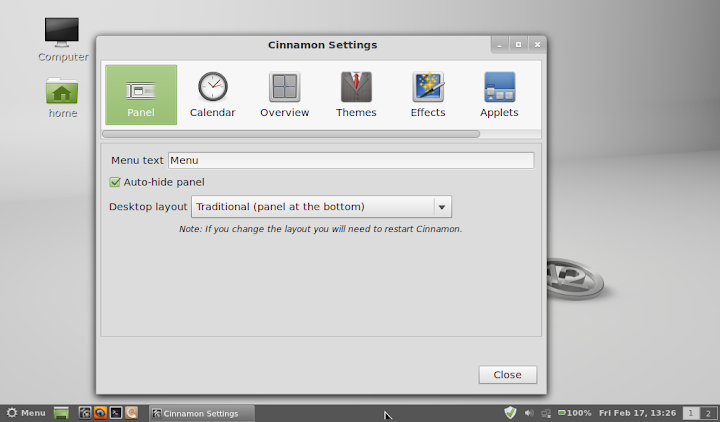 Using this utility you can change the Panel from bottom to top or both, and auto-hide it; change the calendar date/time format, add and remove various applets on the panel (although still not as many as I would like), and enable/disable the Gnome 3 "Overview" function (accessed by slamming the mouse cursor into the top left corner of the screen, either intentionally or not) and an icon in that corner for it. If you are a rabid Gnome-3 hater, that will be particularly good news, I think.

Debian has released 6.0.4, which is simply a roll-up of all the updates which have been released since 6.0. If you are already running Debian and have kept it up to date, there is no need to reinstall with this release. If you frequently install on different computers, it is worthwhile to pick up the new ISO just so there aren't so many updates to install after the base installation has finished.

PCLinuxOS has released 2012.02 KDE, which is also a roll-up of all the updates since their 2011.09 release. The same comments apply here as were made for Debian above.

Fedora 16 has updated to Linux kernel 3.2. This is not a "new release" from Fedora as such, it is a normal update to Fedora 16. Of the distributions I use regularly, this is the first to include the 3.2 kernel. This brings along quite a few new device drivers, and improvements and bug fixes for a lot of existing drivers, so it is very good news. 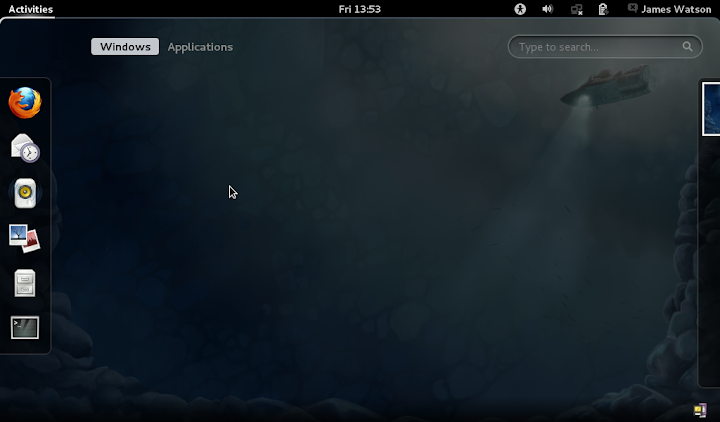 Fedora has also updated to X.org server version 11.4 (most of the others are still on 1.10.4 or earlier). This seems to provide a very welcome solution to my latest head-scratching situation, and I have to say this was one of the strangest I have ever seen. Some time ago I picked up an Acer Aspire One 522 on sale, but it didn't stay with me for long. I passed it along to a friend who travels quite a bit, because his old Aspire One was acting up. The problem with his seemed to be disk-related, so I also gave him an old 2.5" SATA disk drive, but he didn't have time to investigate it much at that time. He subsequently replaced the disk drive and reloaded his old netbook, and it is now working fine again, so the AO522 came back to me last week. I have since been loading it with a variety of Linux distributions, and my first impression of it has been confirmed, I really like it. So far I have loaded Mint 12 Gnome and KDE, Mint Debian Gnome, Ubuntu 11.10, Fedora 16 and openSuSE 12.1.

As I was loading these, I started to realize that there was a very strange problem. If the netbook was turned off overnight, when I tried to boot Linux it would hang after starting the desktop. After a few iterations of this I realized that if I booted Windows first, it would then boot Linux with no problem. But if it had been turned off for a little while, it would then hang on booting Linux again. Very strange. This system has an AMD/ATI Radeon 6290 graphic controller, which is quite new, so the problem is most likely related to that. I tried quite a few different distributions, with various new and old versions of X.org, with no luck. Then the latest batch of Fedora 16 updates hit, with the new Linux kernel and X.org packages, and that is the first that does not have this problem. Hooray! So for the time being, Fedora is the distribution of choice on this little netbook, and I am very happy with it.

One last note, from the opposite end of the "I am quite happy" spectrum. I took my HP Pavilion dm1-3105 with me to England, and used it exclusively for the week that I was there. I can now say that it is absolutely impossible for a normal human being to use that blasted Synaptic "ClickPad". I thought that I would get used to it after a while, but it just didn't happen, and it won't ever happen. Ugh. I would advise in the strongest possible terms, avoid any laptop or netbook which has a "Click Pad", period. They are easy to identify, because the "buttons" are integrated in the surface of the touchpad, rather than being separate (real) buttons, and there are generally lines drawn on the touchpad to give some indication of where the buttons might possibly be.

That's it for now. More catching-up still to come.

P.S. By the way, all the screen shots above were made on the Aspire One 522

Update: A bit more checking, testing, and searching the web, and it appears that I made the wrong assumption about the AO522 hanging on boot. The problem appears to be with the Atheros WiFi driver, not the graphics. Also, even more unfortunately, even Fedora 16 with the latest updates still hangs - sigh. I will continue trying to figure this out. For the time being, the "work-around" I mentioned above is still valid - boot Windows first, then any of the Linux distributions will boot. You don't even have to login on Windows, just start it up and then immediately reboot from the login screen. This situation does not make me very happy...