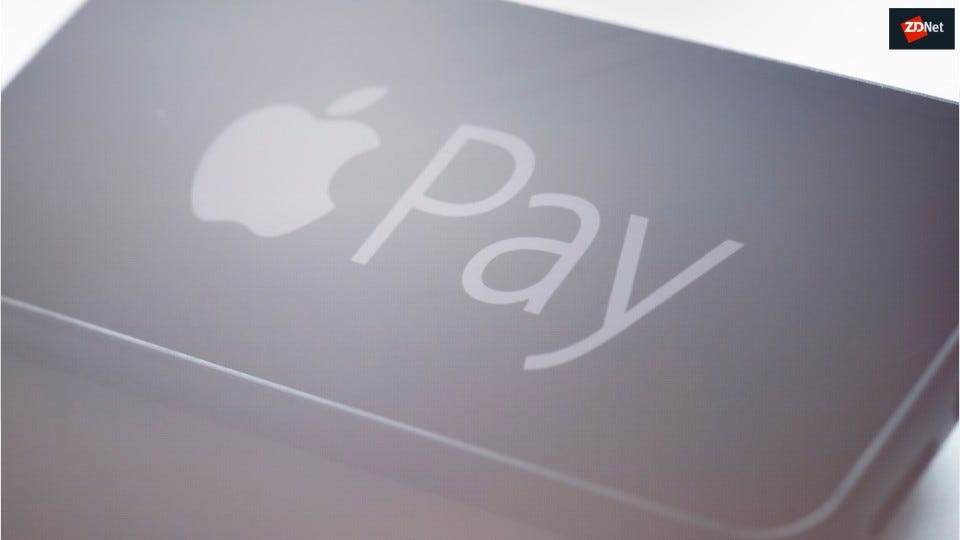 In my world, the virtual hasn't quite taken over the physical.

Tossing everything into a cloud doesn't necessarily engender quite the same sense of security and well-being as seeing, holding, and believing.

She's a writer for The Financial Times. Please don't let any personal thoughts about that get in the way of her story.

You see, she just experienced a little technological nightmare.

A cheery digital convert, she admits she often leaves the house without her wallet. But surely not without her iPhone.

Apple Pay is, after all, a contemporary joy. It's right up there with Tinder in its ability to make your life easier.

Kelly, indeed, hops on London buses and uses Apple Pay to tap her payment instead of buying a ticket the old-fashioned way.

Which, as she cheerily described, is easy unless a ticket inspector wanders by. Just after your iPhone's battery has died.

She couldn't prove that she'd paid, but gave her personal details and assumed there'd be a record of her probity on the transportation company's computers.

But then she was charged with, well, not providing proof of payment. Charged as in would be forced to go to court and to plead guilty or not guilty within 21 days.

A little draconian, you might think. Yes, the Brits look and act like nice people, but it's wise to remember that London seems to have more surveillance cameras than Amazon's Ring.

It seems she'd failed another digital task -- registering her Apple Pay with Transport For London. She was edging ever closer to criminal status. But did her Apple Pay details need to be registered?

Kelly revealed: "They told me, 'there is no requirement for cards to be registered, the same as paying for any goods and services in a shop'. But it's not the same, actually; in a shop, you are given a breakdown in the form of a receipt."

So, here she was, contactless and receiptless. Next, she heard that her court case had happened and she'd been found guilty.

Despite, she says, attempting to contact Transport For London several times, the money was removed from her paycheck. (Not a friendly court, see.)

Oh, and being found guilty meant she was turned down for a US visa. We don't need more criminals here.

There was, however, an uplifting ending. She managed to get back to court and persuade the magistrate to quash her conviction. It all took months.

Her story, however, aptly describes how the digital world demands our complete and unyielding participation.

Digital systems are designed by those who strive for complete perfection and consistency. Which doesn't describe the human condition at all.

You have to follow all the rules of the system. This, sadly, requires you to do the work of discovering what they are. And, as anyone who's mindlessly clicked their agreement knows, these rules can be painfully long and twisted.

Personally, I'm often vexed when someone in front of me at Starbucks tries to use Apple Pay or some other digital means.

Somehow, the machine doesn't always recognize the phone. Or worse, the person is actually talking on the phone while trying to pay at the same time. And they don't even bother opening the phone until it's time to pay.

The mere idea that you have to keep your phone charged at all times -- just in case -- puts the onus again on you.

In what way is that making your life easier? It's one more thing to remember, one more thing to carry, and one more reason why I'm perfectly happy to slip my credit card into Starbucks' machine and have a 20-second chat with the barista.

Phones are overburdened as it is. They're our cameras, our entertainment systems, our productivity devices and, on rare occasions, our phones.

Do they really have to be our wallets too?

I'm not allowed to say no, am I? Siri might overhear and take me to court.

Join Discussion for: Her iPhone died. It led to her being charged...