The rumors before the start of Microsoft's Build 2016 developer conference were true: Microsoft is going to enable users to run Bash natively on Windows 10.

The next question, of course, is how did Microsoft pull this off. And, again, those keeping close tabs on Windows 10 "Redstone" builds were on the right track. It's thanks to a new subsystem built into Windows 10. It's all about a new Windows Subystem for Linux.

"We built new infrastructure within Windows - the Windows Subsystem for Linux (WSL) - upon which we run a genuine Ubuntu user-mode image provided by our great partners over at Canonical, creators of Ubuntu Linux," said a company spokesperson. "The result is that you can now run native Bash on Ubuntu on Windows!"

It seems like there are quite a few developers who are interested in kicking the tires, at least, of Bash on Windows 10. I heard from a number of them on Twitter yesterday. Many are interested to see if the ability to run the Linux Bash utilities will enable them to use Windows, rather than (or alongside) Linux or OS X, as their primary development environment across platforms. 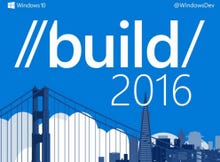 In case anyone had any doubts, this is not "Microsoft Linux." Nor is this Microsoft enabling Linux apps to run on top of Windows.

Microsoft is characterizing the move to put Bash on Windows 10 as an expansion of its command-line tool family, rather than a replacement for the work the company has doing in-house.

"Based off developer feedback we've done a couple things: First we made investments that improve cmd, PowerShell, and many other command-line tools and developer scenarios. Second we decided to grow our command line family by adding real, native Bash and with it support for Linux command-line tools which run directly on Windows in an environment that behaves like Linux," the aforementioned spokesperson said.

I speculated yesterday that maybe container support for Windows 10 -- a development on which Microsoft is known to be working -- could figure into the Bash on Windows picture. But this is not the case.

However, one Windows 10 Redstone tester on Twitter, Daniel Gut, sent me screen shots of container support in recent test builds of Windows 10 Enterprise. So it does seem that containers are coming to the Windows 10 client -- not just Azure and Windows Server 2016 -- and maybe sooner rather than later.

Update: More details on how Bash on Windows 10 works are in Scott Hanselman's blog post.

Bash will be built into the Windows 10 Anniversary update, which is the new name for Redstone 1, and due this summer.

Join Discussion for: Here's how Microsoft will support Bash on...