Full Bio
Posted in All About Microsoft on March 15, 2016 | Topic: Developer

Microsoft is privately testing Visual Studio 15, according to sources. My bet is the company is planning to release a first public preview of its tool suite at its Build 2016 show at the end of March.

Microsoft looks to be making the VS'15 installation experience more lightweight and fast, according to The Walking Cat (a k a @h0x0d) on Twitter. The new installer is a Node app, the Cat says. From his screen shot (embedded above in this post from his Tweet), there are options for just the Visual Studio core editor; game development with Unity; .NET development (Windows Presentation Foundation, Windows Forms and console apps using C#) and Python.

There's new Open Folder functionality in the Visual Studio Integrated Development Environment (IDE) in VS'15, my contacts say. This will allow developers to navigate code bases that don't have projects and solutions. MSBuild-based projects inside the folder get full C# and VB Intellisense, plus the ability to build and debut from the file shortcut menu in Solution Explorer.

There's also a feature called "AnyCode" in the new VS release. AnyCode allows developers to use Visual Studio with source code that hasn't been organized into projects and solutions. 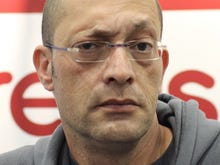 A blog post providing more information briefly showed up by developer Igal Tabachnik who got his hands on the test bits, but it has since been removed. In that removed post, Tabachnik noted that AnyCode "is exiting news for people who want to quickly edit their code files without using a solution/csproj files."

The private preview of VS'15 also includes TypeScript 1.8, and NuGet 3.4. NuGet 3.4 adds support for running NuGet in Linux and Apple environments, among other features. The preview also adds support for SQL Server 2016 and the most recent Azure SQL Database features in SQL Data Tools and Server Explorer.

The VS'15 preview can be installed side-by-side with Visual Studio 2015.

Microsoft made available Visual Studio 2015 in July 2015 and is working on finalizing its second update to that product.