The new capabilities of HoloLens 2 reinforce Microsoft's leadership position in a pillar of computing's future. The company's steadfast focus on enterprise productivity, though, may leave it vulnerable as mixed reality becomes more mainstream.
Written by Ross Rubin on Feb. 25, 2019 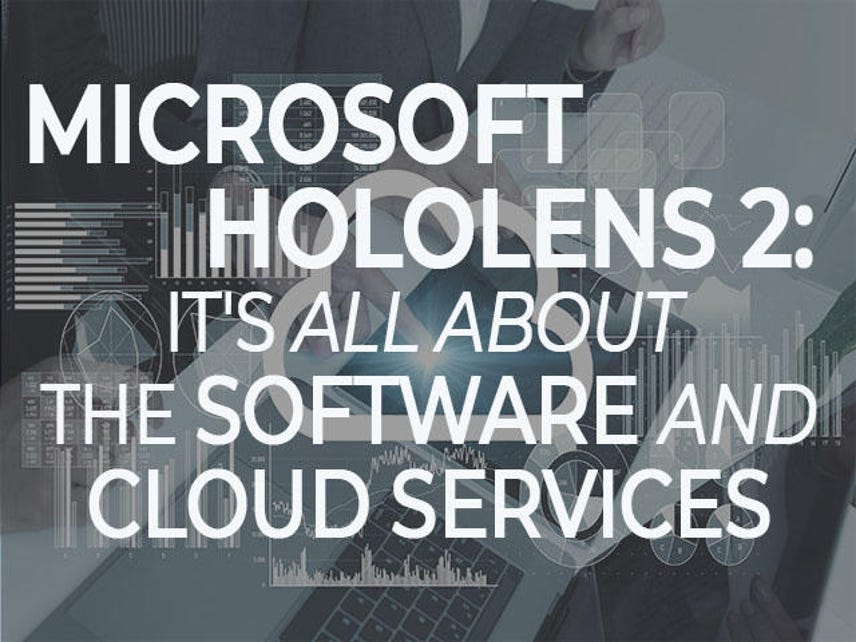 The lengthy incubation of HoloLens 2 left a huge window for another company to jump into the leadership role in mixed reality devices. Despite the progress of Magic Leap in that time, none did, and the HoloLens 2 has shown it was worth the wait.

Also: Microsoft's HoloLens 2 will be able to run the Firefox browser

With the second generation of the pioneering headset, Microsoft has tackled the most glaring deficiency obvious to anyone who tried the original headset: The limited field of view. This had emerged as a particular disappointment when demos of the HoloLens make it appear as if massive holograms can be fully viewed from any angle alongside real-world objects. That may still not be the case, but Microsoft claims it has more than doubled the width of the hologram-accessible field by more than 2x while preserving the original product's resolution. It also claims to have increased the comfort level by 3x with the bottom line being that the product is now placed on one's head as casually as a baseball cap. Despite this, the process still leaves enough time for the iris recognition to automatically log in the wearer.

But the most impressive advance in HoloLens 2 isn't how much more it allows wearers to see horizontally, but how it deals with distance between the wearer and hologram. Objects viewed with the first HoloLens disappeared if you got too close to them, a disadvantage competitors attributed to its lack of light-field technology support. Users of the HoloLens 2, though, can not only cradle objects but get close enough to interact with them using controls such as sliders and buttons with visual and audio feedback. Alas, there is no haptic feedback, although Microsoft claims that it maintains a strong interest in haptics. For now, though, the lack of gloves or controllers actually contributes to the lack of encumbrance that is a design goal of the product.

As much of a leap forward that HoloLens 2 represents over the original and despite a lower price, it is aimed at the enterprise at least as much as its predecessor. Unlike the Kinect to which Microsoft paid homage to en route to announcing its reinvention as an Azure-connected intelligent edge device, the early applications for HoloLens remain focused on workplace collaboration. This includes horizontal applications such as Spatial, which I wrote about in November, and more specialized design and training applications in fields such as construction. But lest anyone think that HoloLens will never evolve into a consumer device, the Microsoft presentation featured a cameo by Tim Sweeney, whose Epic Games commands a vast army of Fortnite devotees.

The HoloLens wouldn't be the first category where Microsoft created an early position only to see the technology flourish under a rival. For smartphones, tablets, and smartwatches, that company has been Apple. Indeed, in the iOS world of ARKit, AR applications proliferate given the lack of incremental cost needed to view them. Microsoft even demoed this capability, showing how a HoloLens model could be viewed by an iPad. And Microsoft would eventually like to see third-parties produce their own takes on HoloLens tech (and have them see more success than the PC-tethered VR headsets that were produced last year by Acer, HP and Lenovo). However, it would leave others to sort out the messy consumer revenue models that must balance service affordability and privacy.

Still, having a device firmly entrenched in Microsoft APIs and ecosystem could give Microsoft a significant foothold for a new generation of computing. At this point, the future of mixed reality is Microsoft's to lose.

HoloLens 2 announced for $3,500, available to preorder now, ships later this year
Here's everything you need to know about Microsoft's next-generation mixed reality headsets.

HoloLens 2 isn't meant for you. But HoloLens 3 might be

The software giant doesn't plan to sell its $3,500 augmented reality headset to you and me. Yet.