Microsoft's Hotmail has been around for a long, long time. The original web mail service, it's still the world's most popular.
Written by First Take , Previews blog log-in on May 17, 2010

Microsoft's Hotmail has been around for a long, long time. The original web mail service, it's still the world's most popular. Even so, it’s been looking a little long in the tooth for a while – especially as email today isn't the email of the 1990s. Now it's time for an upgrade, and Hotmail is getting a major rework as part of Wave 4 of Windows Live.

Like Google, Microsoft is a company driven by analytics, and the latest version of its consumer email service is driven by the numbers. They're numbers like the percentage of messages from social networks (already over 20% of all 8 billion messages a day), like the amount of storage used for attachments (over 95% of Hotmail’s 50PB of storage), and how many of those are photographs (most of that 95%) or Office documents (currently 15% of the attachments are Office files).With numbers like these, it's not surprising that the Wave 4 Hotmail includes new ways of sharing files, and of working with social network notifications. Today's email isn't just messages from friends, it's what Windows Live Corporate VP Chris Jones calls 'signals' that trigger workflows and actions. 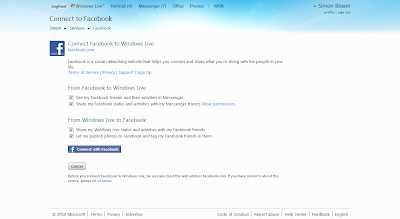 Despite everything you've heard, email isn't dying. It's not even suffering a small dose of the flu. As people use the internet more, for social and business interactions, they're actually using it more. Social network users use email twice as much as ordinary users. Today's email users are just using it differently, and with the proliferation of email marketing, they need better tools for handling their increasingly cluttered inboxes.

Log onto the new Hotmail, and you get a welcome screen that summarises recent messages from your contacts, as well as updates from favourite social network contacts. Once you're in the inbox, you don't have to leave until you're done with mail, as attachments and some important message workflows can be handled without leaving Hotmail.

Microsoft describes some of Hotmail's new features as 'uncluttering the inbox'. In order to deliver it, the Hotmail team has taken an interesting approach to email management. Instead of treating the number of unread messages as a sign of importance, a number of quick views simplify mail interactions. You can quickly filter mail using these views — mail from your contacts (after all, the senders are in your address book, so must have some importance), mail from social networks (quickly letting you read and delete Facebook notifications), for groups (mailing lists and the like), and finally, for everything else. Filtering mail like that lets you triage quickly, bringing you closer to that mythical inbox zero.

New Sweep tools help manage all those mailing lists you've (perhaps inadvertently) signed up for. Sweeping messages can either delete and block, so you never see messages from that source again, or send it to a folder for filing, setting up a rule to ensure that all future messages are filed the same way. Hotmail's sweep tools are surprisingly powerful for something that simple, giving you easy to use message management features that we'd like to see on the desktop in Outlook.

If Outlook can learn from the new Hotmail, it's clear that Hotmail has learnt from Outlook too. If you like Outlook 2010's threaded conversations, you'll find an option to thread messages in Hotmail. Similarly there's a powerful search tool that includes keywords to focus search on senders, titles and the like, as well as advanced search for attachments and over specific date ranges. You're not limited to Hotmail mail, either, and there's an option to use Hotmail as a client for other mail services.

While managing email is important, Hotmail also makes it easy to work with content in messages. New ActiveViews extract and display specific content from messages, bringing images, video and shipping notifications to the fore. Instead of hunting for links or attachments, they're at the top of the message with the most relevant and up to date information. If someone's emailed you a link to a Flickr or SmugMug photostream, then you get to see the whole stream of images in a smoothly scrolling film strip, with a full screen slide show a mouse click away. The same goes for videos, with links to Hulu, JustinTV, or YouTube turning into video players. There's even a package tracking view (though so far only for USPS tracking numbers). You will need Silverlight to get the most out of Hotmail's ActiveViews, although there are HTML versions for mobile browsers and OSs that don't support plugins.

Viewing an image slideshow from Hotmail

Adding content is easy, using the new insert bar. There are links for adding photos, Office documents and web content. You'll need to use Bing to find web content and media, and a content sidebar lets you pick and choose the content you want to use, from images and videos to maps and navigation information.

If you're sending images, Hotmail uploads them to Windows Live SkyDrive, and then sends a message with a link to a slideshow and download options. There's an option to give photo storage a time limit, so you don't clog up your 25GB of cloud storage with photos that no-one's looking at. The slide show works in any mail client (desktop or web), and gets its own ActiveView in Hotmail. 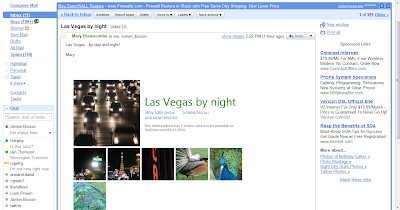 An image mail from Hotmail, viewed in Gmail

This is only the first batch of ActiveViews, as Microsoft has built a platform to support a wide range of interactions. Email is part of a personal workflow, so expect to see other ActiveViews in future, especially where there's what Microsoft is calling a 'call to action' in a message, where you need to respond outside of a message, but don't want to leave your mail client.

One big change is how Hotmail works with Office attachments. Instead of sending attachments to and from mail servers, files are stored on Microsoft's SkyDrive service. Links are sent instead of files, and recipients can use the Office Web Apps to collaborate on documents — either in a browser or by using Office 2010's co-authoring features. Your recipients will need a Windows LiveID to edit documents. 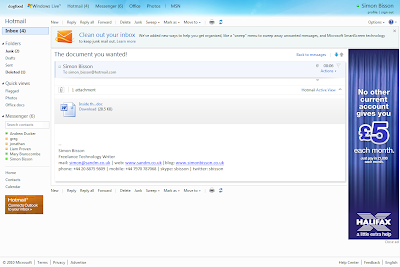 Sending an Office file with Hotmail

Microsoft doesn't need to give the new Hotmail a mobile client (though there will be a PC client in the shape of Windows Live Mail), as it now supports the Exchange ActiveSync push protocol. New mobile operating systems and recent devices, like the Palm Pre, Windows Phone 7 and iPhone 4.0, support multiheaded EAS connections — so you can use unified inboxes to display both business and personal mail, from an Exchange server and from Hotmail.

This is a major re-release of Hotmail. Although it's strongly targeted at consumers, there's also plenty of features for small businesses that simply want to use a free email address, but don't want to deal the problems of email overload. Microsoft has done a lot to keep people in control of their mail, and that's the new Hotmail’s biggest benefit — a less cluttered, more connected inbox. Users should get access to the update service towards the end of the summer.