Creating a digital economy is a fine idea but who is going to fuel it if over 100 million people have no jobs? This is the fundamental dilemma confronting Indian workers.
Written by Rajiv Rao, Contributor on Oct. 19, 2017 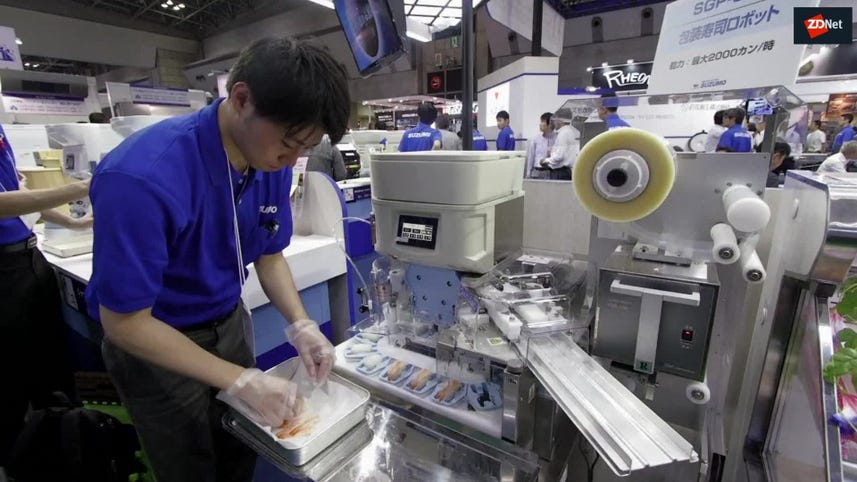 If I were under the age of 40, a category that encompasses approximately 65 percent of Indians, I would be absolutely terrified right about now. For that matter, if I were below or above those ages, I would also be petrified.

If ever a country faced the prospect of a dystopian future marked by gangs of unemployed youth in the millions wandering about creating mayhem, pillaging and plundering for lack of anything else to do, it's India -- unless it is able and willing to do something about it very quickly and efficiently.

AI and robotics are part of this story, but to understand the gigantic swamp of quicksand that India is in, we have to go back a little. For a developing country to be able to lift its hundred of millions out of poverty, what it desperately needs is a manufacturing base whose employment can raise per capita income.

If you compute income on the basis of purchasing power parity (PPP) -- that is, after factoring in relative cost of living and inflation -- the gulf between the two narrows a little. Ultimately, however, the end result is the same. In India our incomes have been growing disastrously slowly.

The incredible fact is that for a country that urgently needs to wield manufacturing as a weapon in eliminating poverty, which has been pretty much every country's path to prosperity since the dawn of time, India actually saw manufacturing decline by as much as 30 percent to 40 percent, according to recruitment firm Teamlease. This is a monumental decline by any standards. The fact that this unprecedented joblessness has come on the heels of the much ballyhooed thrust into electronic manufacturing launched by Indian Prime Minister Narendra Modi under his much publicized "Make in India" campaign is even more amusing or frightening, depending on which side of the fence you sit on.

Modi, known for being a consummate and accomplished marketer of himself, was lionized as a man of action, in whose hands these problems would be vanquished. Instead, it is now clear that India under him isn't making much. In fact, nor is it employing anyone. One million people have been entering the job market every month these days but only .01 percent of them are finding work. Even the corrupt UPA government that preceded him acquitted itself infinitely better on this count. At this rate, over a 100 million youth will have no jobs by 2025 under Modi's watch.

Of course, unskilled labour, which is suffering the most in this crisis, is largely overshadowed by its sexier cousin, Indian IT. By now it is a statement of fact that automation will take a hefty 30 percent bite out of the sector's workforce of around two million while largely preserving the profit margins of these companies.

Almost all of them -- Infosys, Wipro, TCS, Cognizant -- have slashed jobs in India and are hiring less in the country while snapping up more workers in the US and investing large amounts of money there in "centers of innovation." The hot new areas of AI and data sciences require fewer bodies and are mostly found overseas so this isn't helping the prospects of domestic tech employees. Meanwhile, it is now a widely recognized fact that the majority of existing workers in Indian tech simply cannot be re-skilled thanks to abysmal foundations of Indian colleges and universities, with outdated curriculum and poorly paid, sub-standard teachers.

It is one thing for an industry of two million people to be hit by the rise of the machines. Unfortunately, that's a drop in the bucket compared to what robots are doing to IT's lesser-skilled brethren. Large ecommerce warehouses that would be normally staffed by an army of people are now manned by 200 robots made by the Gurgaon, India firm GreyOrange. These indefatigable machines race about lifting and stacking boxes 24 hours a day with just a 30-minute break to re-charge, and have effected up to an 80 percent reduction in manpower.

This is a triumph for productivity but a catastrophe for employment prospects. From Honda scooter plants to Hyundai's auto body shops, entire swathes of the manufacturing landscape are now drastically cutting back on their need for human workers.

The grim reality is that India has a terrible quandary on its journey towards a digital economy. On the one hand, steering the country's banking and payments infrastructure towards a digital future will make it more efficient, transparent and honest. As this Bloomberg writer explains, Google has started an online payment app for the country while Reliance Jio, the new behemoth of a startup in telecom, will have its shop attendants double as bankers for its new payments bank. This is the flavour of things to come and none of these kinds of initiatives will help give India what it needs most urgently today: Jobs.

The depressing side of all of this is that regardless of what the country may do in the next few decades, the die may already be cast. Manufacturing jobs worldwide have been steadily peaking at lower income levels, notes Quartz. In the US, it happened when per capita income was at $17,700, and in Brazil at $8,700. China, it notes, may well have been the last industrializing country to benefit from a manufacturing boom in aid of boosting income levels.

Indian workers, caught in the middle of an AI and robotics boom, and shepherded by an incompetent and ultimately unsympathetic government, may never get that chance.

Affordable robotic automation is now available to mom and pop shops, which is driving crazy growth in the robotics industry.

Robots are coming to work. Are they safe?

New research shows that personality traits that we possess in youth can predict whether we'll choose jobs that will be automated in the next 20 years.